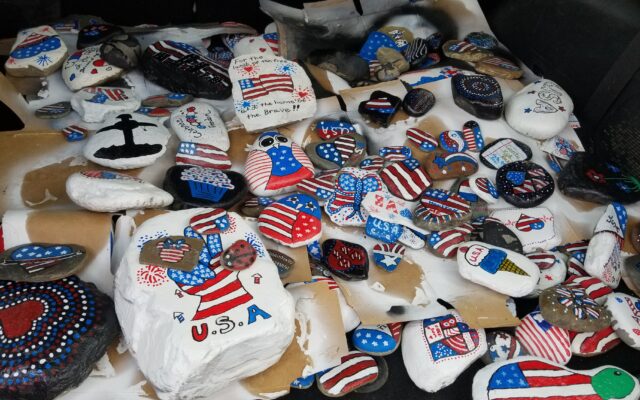 Joseph Cyr • July 5, 2022
Visitors to Houlton may have noticed a collection of rocks, painted with patriotic themes scattered throughout the downtown over the holiday weekend.

HOULTON, Maine — Visitors to Houlton may have noticed a collection of rocks, painted with patriotic themes scattered throughout the downtown over the holiday weekend.

Created by Cynthia Spellman, 30, of Hodgdon, the beautifully crafted rocks were her way of giving back to the community.

The painted rocks craze exploded in southern Aroostook County back in September 2017 when a number of online groups began popping up. The premise behind the scavenger hunt is that a person paints and hides a rock for others to find. Those who find the rock can then either take the rock home, take a photo of the rock and post it on social media, or move the rock to a new location for others to find. 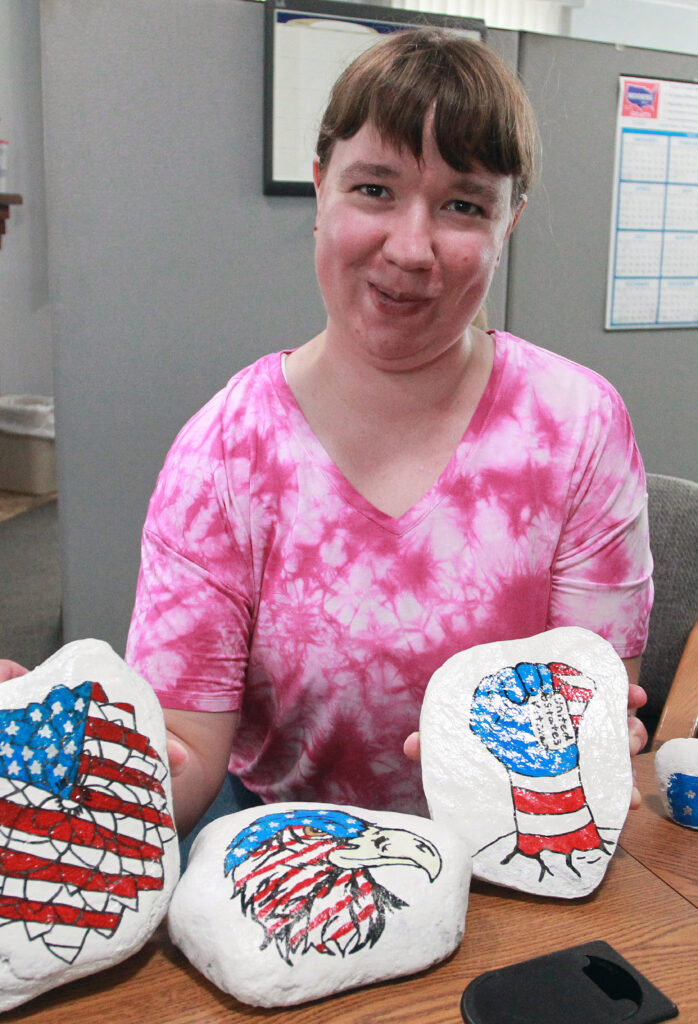 Spellman — a self-taught artist who is autistic with a Attention Deficit-Hyperactivity Disorder and a compulsive disorder — said she wanted to spread some patriotic cheer over the Fourth of July weekend and decided the best way to do that was through art.

Spellman, along with the help of family friend Tammy Scott, crafted 126 rocks of varying sizes and shapes, each hand-painted with designs created by Spellman. Those rocks were then scattered throughout downtown Houlton for Midnight Madness.

“All of them are red, white and blue,” Spellman said. “If anyone sees one, they can pick them up or leave them for someone else.”

Her mother Wendy said that art has helped her daughter blossom.

“She has really come out of her shell through art,” Wendy said.

Spellman first spray-painted the rocks either white or black to give her a blank canvas from which to create. What she paints on the rock often depends on what that particular rock is shaped like.

One of her more elaborate paintings included renderings of an American Bald Eagle.

Forbidden foods for our four-legged friends are many and can be very dangerous if ingested. Sometimes, we give our pets leftovers or what we consider treats. According to many sources, some human foods can make an animal very sick, and in certain cases can even be lethal.
What's Happening This Week END_OF_DOCUMENT_TOKEN_TO_BE_REPLACED