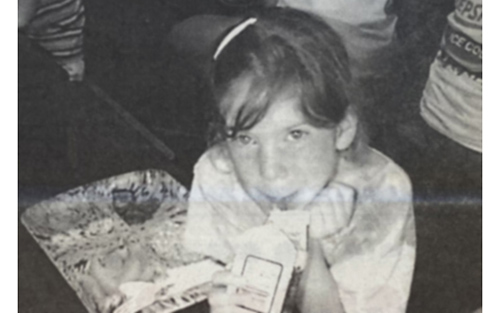 Lanette Virtanen • July 7, 2022
115 Years Ago - July 4, 1907 Traveling to buy potatoes -- Percy L. Logan left last week for New Jersey, where he will engage in buying potatoes for a couple of months and return to Caribou when the shipping season opens here. Mrs. Logan and children will remain in Houlton during Mr. Logan’s absence.

Traveling to buy potatoes — Percy L. Logan left last week for New Jersey, where he will engage in buying potatoes for a couple of months and return to Caribou when the shipping season opens here. Mrs. Logan and children will remain in Houlton during Mr. Logan’s absence.

Off to visit family — George L. Doe, photographer, started Tuesday morning, accompanied by his four children, for Fairfield where he will spend a few days with his parents Mr. and Mrs. C.H. Doe. Mr. Doe’s photographic studio will remain open during his absence, being under the charge of a competent artist.

Cannon delivered to Caribou — The Caribou Battery is in receipt from the U.S. government of a French 75 cannon, one of the favorite cannons used by the French troops during the war. The gun is now on exhibition on the square, and has been the source of many comments. The Battery will use the gun in their drills and it will eventually be placed in the armory which Caribou will have someday.

Crew arrives to prepare for bridge building — A crew of men under the charge of the State Highway Department arrived in town Wednesday and at once began preliminary preparations towards building the new concrete bridge over the Caribou stream.

Washburn – Limestone FFA win awards at annual convention — Floyd Kinny of Washburn was named Star State Farmer of Maine at the closing session of the 15th annual convention of the Future Farmers of America of this state held June 25 at the University of Maine. He is 18 years old and a senior in high school. He is also one of the most outstanding boys in the history of the chapter. He has served as chapter secretary, chapter vice president, and a member of the judging team at the University of Maine last year. Among the State Farmers named at the convention are as follows: Enoch Emerp, Fort Fairfield; Floyd S. Kinney, Washburn; William B. McLaughlin, Limestone; Richard C. Porter, Washburn; Albert S. Sloan, Limestone; Robert Stevens, Fort Fairfield; and Stewart A. True, Limestone. Emile Obar, Limestone, was the winner of the Farm and Home Electrification contest which awards $100. Limestone High School won second place in the Poultry Judging Contest. A cup was awarded to the school at the annual banquet. Allen Sloan, Limestone, took third place in the annual speaking contest which awards a prize of $20.

Job Corps dedicates Center of Innovation — For a short time, a bright teal colored ribbon stretched across the drive leading into the Job Corps Center for Innovation at Dahlgren Hall at the Loring Commerce Center June 28. Then, holding a yellow plastic scissors, big enough for the occasion, Sandra Brawders, acting director of the center, with a show of jubilance, snapped the ribbon in two, officially dedicating the center in front of a crowd that included Job Corps students and national and local dignitaries.

Forbidden foods for our four-legged friends are many and can be very dangerous if ingested. Sometimes, we give our pets leftovers or what we consider treats. According to many sources, some human foods can make an animal very sick, and in certain cases can even be lethal.
What's Happening This Week END_OF_DOCUMENT_TOKEN_TO_BE_REPLACED