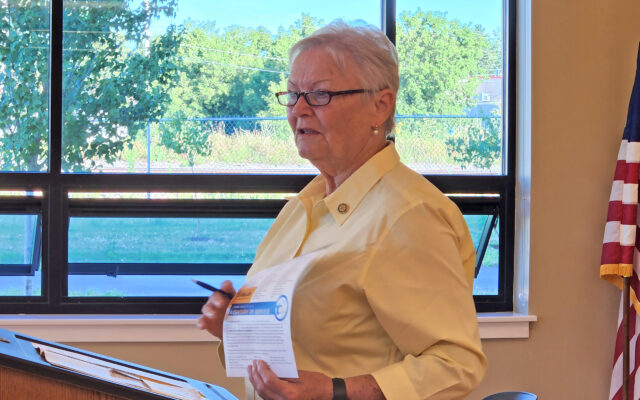 Paula Brewer • August 10, 2022
The need to pass handwritten dispatch notes due to failing radios will soon be a thing of the past at the Presque Isle Police Department.

PRESQUE ISLE, Maine — The need to pass handwritten dispatch notes due to failing radios will soon be a thing of the past at the Presque Isle Police Department.

The Presque Isle City Council authorized the purchase of a new dispatch console and vehicle radios during its Aug. 3 meeting.

The system in place is failing and is too slow to keep up with department traffic, police officials said. An emergency alert component, which notifies the station when an officer is in trouble, has not been working properly. A new system would allow dispatchers to answer calls quickly and ensure that backup can respond immediately to an officer in distress.

“That panic button, when they hit it, goes to dispatch,” Presque Isle Deputy Police Chief Chris Hayes said. “It was pressed twice in six months, both [in a test], but didn’t work. If that had been a real-life situation, we would have had an officer killed.”

The dispatch system handles radio communications not only for PIPD, but also for the Presque Isle, Mapleton and Easton fire departments and a decontamination strike team. Its statewide channel to communicate with other law enforcement agencies is not working, Hayes said.

The communications elements have been purchased and repaired over the years, resulting in a “Frankenstein” conglomeration, Police Chief Laurie Kelly said. At times staff have carried dispatch notes by hand. The new system would replace everything, in the station and in police cruisers.

Radio Communications Management, based in Portland but with an office in Presque Isle, would replace the system for $138,283. Prices for communications equipment are increasing everywhere, and that price will rise 40 percent in October, Hayes said.

City Manager Martin Puckett recommended using $133,605 from the city’s landfill closure reserve, which contains more than $1 million. The remaining $4,678 would come from police reserve funds, which come in part from drug forfeitures.

The council voted unanimously to allow the purchase of the dispatch system.

Virginia Joles, chairperson of the Presque Isle Rotary Club’s Community Service Committee, asked for the city’s support for the club’s Safe Steps program, which provides buckets of salt or sand to older adults in the winter.

Rotary is requesting the salt or sand from Presque Isle, Mapleton and Easton to half-fill 50 five-gallon buckets. Working with the municipalities and the Aroostook Agency on Aging, they will work out distribution and delivery details.

In honor of the club’s 100th anniversary next year, she also asked the council to consider declaring April 25, 2023, as Presque Isle Rotary Day.

Councilors approved the salt/sand request. They will issue the declaration in a council meeting closer to next April.The group discussed a recent meeting with the Northern Maine Growth Initiative, during which the city was asked to collaborate in a plan to solve ongoing workforce shortages. A Community Development Block Grant would be used to hire a recruiter to bring workers to Aroostook County.

“The purpose is to specifically target people from Maine, the U.S. and the world who would be suited for jobs in our economy,” Councilor Craig Green said. “It’s a very well thought-out program by some very astute individuals.”

Green and Council Vice Chairperson Mike Chasse said the concept has been successful for Irving Woodlands, who has hired some Ukrainian workers, and Smith Farms of Presque Isle, who employs Mexican migrant workers for its broccoli operation.

The council will hold a public hearing at its Sept. 7 meeting on the block grant proposal.

In other business, councilors unanimously approved Facade Improvement Program loans for Mike’s and Sons and Ignite Presque Isle. The businesses will use the funds for improvements to the exteriors of their buildings.

Puckett asked councilors to consider nominations for the Spirit of America Award, which recognizes a person or group that has gone above and beyond to serve their community.

The next city council meeting will be held Wednesday, Sept. 7. 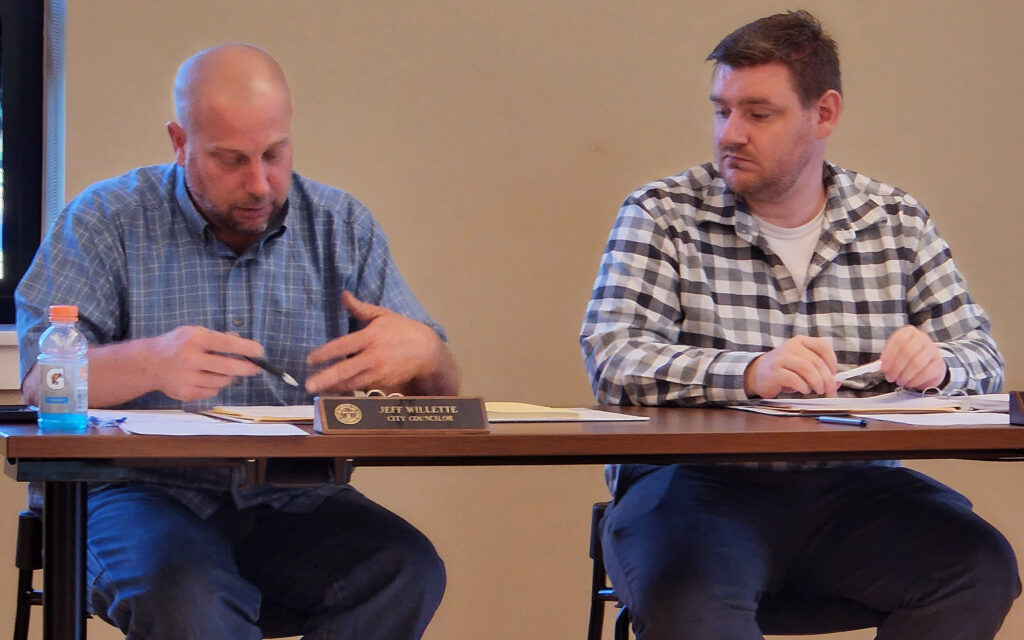 Gubernatorial candidate John Glowa said that he wants to spur government reform that truly creates a system of, by and for the people when he visited Presque Isle City Hall.
Pets END_OF_DOCUMENT_TOKEN_TO_BE_REPLACED

Many of you have been asking about our super popular “Toast to the Animals” celebration. After several COVID-19 cancellations and not being able to host this great fundraiser, we are finally ready to celebrate the animals once again and help support the Central Aroostook Humane Society.
What's Happening This Week END_OF_DOCUMENT_TOKEN_TO_BE_REPLACED