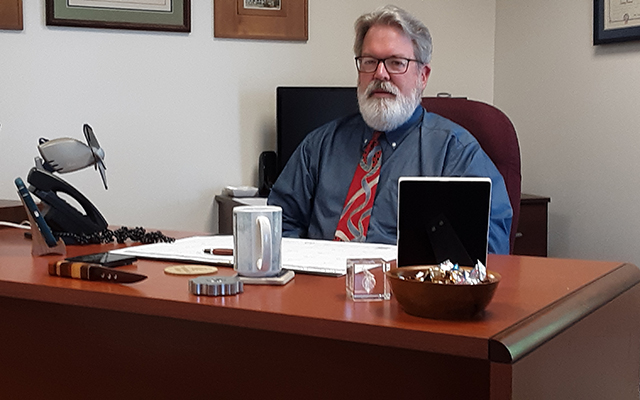 On Wednesday, the board voted to appoint Jim Risner as the interim manager until Nov. 30. Risner most recently served as town manager in Fort Fairfield, a role he left in 2018 in order to fully retire.

Before moving to Fort Fairfield in 2015, Risner had a more than a 30-year career in the federal government. His final position was with the Federal Civil Service. He also had experience as a town councilor and board member in Virginia.

Risner was not immediately available for comment on Thursday. His first day in Limestone will be Sept. 9.

After a brief executive session Wednesday, Vice Board Chairperson Randy Brooker said that the board hopes to hire a full-time town manager before Risner leaves in December.

Brooker addressed concerns from the public about losing yet another town manager amid staffing shortages at other major departments, including police, recreation, the library and highway department.

“We’re taking things one step at a time,” Brooker said. “It’ll be a tight turnaround [for finding a new manager] but we will start that process and hopefully find someone before November.”

Henderson resigned earlier this week, citing burnout among herself and staff members as a major motivation.

To address the police department staff shortage, the selectboard will hold a public hearing Thursday at 6:30 p.m. at Limestone Community School. They encourage public comments on a proposal to make Fort Fairfield Police Sgt. Jesse Cormier a part-time interim chief.

Next year's Caribou City Council will include a new member and a longtime councilor thanks to Tuesday's election.
Pets END_OF_DOCUMENT_TOKEN_TO_BE_REPLACED

Everyone who enjoys the company of a dog knows that sometimes dogs have strange behaviors.  They may arrive in your life with the behaviors already in place, or perhaps they are adopted as a puppy and develop a behavior young.
What's Happening This Week END_OF_DOCUMENT_TOKEN_TO_BE_REPLACED