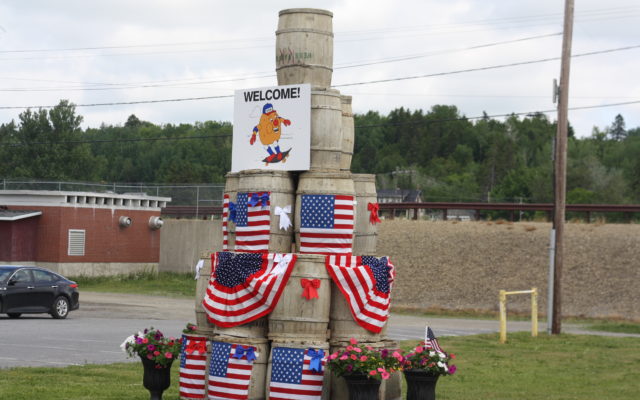 Melissa Lizotte • September 15, 2022
Restaurant owner Steve Adams closed the doors of the Boondocks Grille in Fort Fairfield last Saturday, unsure of exactly when he might reopen.

FORT FAIRFIELD, Maine — Restaurant owner Steve Adams closed the doors of the Boondocks Grille in Fort Fairfield last Saturday, unsure of exactly when he might reopen.

Since opening in 2009, Boondocks, formerly the sole full-service restaurant in the town of 3,322 people, became a steak and seafood staple for residents and visitors from neighboring Canada and throughout Aroostook.

But the shortage of workers that has forced restaurants statewide to close or reduce their hours left Adams with few options for sustaining his business long term.

The lack of consistent help created stress for Adams’ already short-staffed crew, he said. That stress — combined with rising costs for food, equipment and other expenses — discouraged Adams to the point where he decided to close for at least the foreseeable future.

Before the COVID-19 lockdown in 2020, Adams had a reliable crew of 24 employees that covered all areas of the restaurant, including the dining areas and kitchen. But not long after reopening that May, Adams lost all but eight crew members and consistently struggled to retain workers throughout the past two years.

In a letter posted on the restaurant’s Facebook page, Adams said that much of the workforce he dealt with had been “unreliable, lazy and inconsistent.”

On Tuesday, he said that those words stemmed from frustration over numerous employees who did not show up when scheduled or who quit after just one day or week on the job.

“If I had someone scheduled from 5 to 10 p.m. on a Saturday, they would text the kitchen manager at 4:45 to say they wouldn’t be coming,” Adams said. “On a Saturday, we could easily get 200 to 250 customers, but there were quite a few Saturdays when I had to close.”

He said it was a day-to-day decision on whether the restaurant would stay open, depending on how he could adjust the schedule.

Adams also said that the local drug epidemic played a role in the workforce shortage, in that many of the new hires appeared to be under the influence of drugs when they showed up for work, thus leading to them leaving or being laid off.

Right now Adams is unsure when he might reopen Boondocks. That time can only come if he can find the consistent, devoted workforce the restaurant needs, he said.

“The saddest part about this is losing the employees that have stuck with me right through COVID and the fallout from that,” Adams said. “I really do wish them the best.”

Gubernatorial candidate John Glowa said that he wants to spur government reform that truly creates a system of, by and for the people when he visited Presque Isle City Hall.
Pets END_OF_DOCUMENT_TOKEN_TO_BE_REPLACED

The Houlton Humane Society has received a $120,000 grant from the  Elmira B. Sewell Foundation to help defray the costs associated with spay/ neuter clinics offered to pet owners in southern Aroostook County.
What's Happening This Week END_OF_DOCUMENT_TOKEN_TO_BE_REPLACED