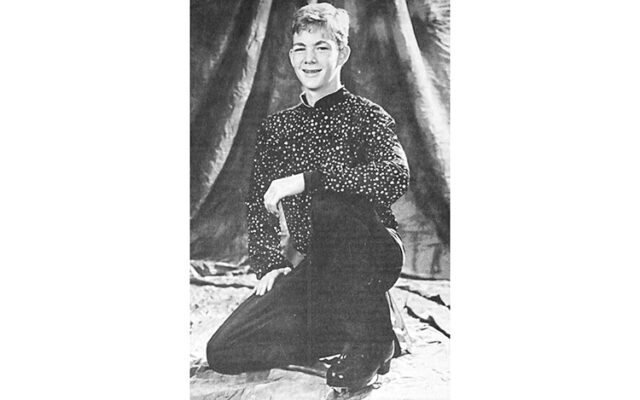 Lanette Virtanen • November 2, 2022
115 Years Ago - Oct. 31, 1907 Helping out during absence -- Miss Lillit Bell is acting as telephone operator at the New Sweden central office during the absence of the regular operator, Miss Estella Wiren.

Helping out during absence — Miss Lillit Bell is acting as telephone operator at the New Sweden central office during the absence of the regular operator, Miss Estella Wiren.

Moving machinery — The Caribou Hydraulic Stone Company have removed their machinery from Van Buren, where it has been making blocks for the new college building, back to its plant in Caribou and in a few days will be making a stock of blocks and bricks for next season’s market. The company has not been able to meet the demand for brick during the past month, but proposes to enlarge its capacity in the future to meet all demands.

Bridge not quite completed — While the new bridge across the Caribou stream is by no means completed, the excavation has so far been filled that it is possible for autos and teams to pass over it, although the trip is not the smoothest on record. However, an automobile driven by Geo. O. Smith made the trip over it one day this week.

New truck arrives for Police Department– The Caribou Police Department has received a new paneled truck, and the vehicle was expected to be in use the latter part of this week. The truck, a 1947 Chevrolet half ton of 116-inch wheelbase, was purchased from Pierson Motor Company, and was unloaded Monday. Minor alterations, to fit the truck for its special use, are now being made at the local garage. The new vehicle will replace the truck now in use.

Mrs. Tibbetts plans extensive renovation to Sweden Street building — Mrs. F.S. Tibbetts has made arrangements for the thorough renovation of the old McNeal building, Sweden Street, and Consolidated Constructors Inc., Portland, are already well along the way with preliminary phases of their general contract. The basement and lower floor will have complete garage facilities, with a showroom for the new Hudson, to be displayed for the first time in Aroostook County the latter part of November. Fifteen office rooms for professional and business occupancy will be situated on the second floor.

Snowstorm sets record — Monday was definitely not dark and scary as one would expect it to be four days before Halloween — although, you may have had chills sent up your spine by the snowstorm that covered central Aroostook County. Many residents of Caribou were caught off guard by the heavy, wet snow. Monday’s storm was the heaviest snowfall recorded for Oct. 27 and ranked second on the record books for October at the Caribou station. First place is still held by a 1963 hurricane-turned-winter storm which left behind 12 inches of snow. The National Weather Service office in Caribou had 8.3 inches of snow, while 10 inches was reported in Allagash and Clayton Lake.

Hands-on experience — Five students make up the new law enforcement program being offered to high school students throughout the area: Bob Doar, a senior from New Sweden; Andrew Bugbee, a junior at Fort Fairfield; Chad Erwin, a junior at Presque Isle; B.J. Martin, a senior at Caribou and Travis Stevens, also a senior at Caribou. The class is taught by part-time U.S. Customs officer, Deputy Sheriff and teacher Arnold Gahagan. The yearlong course is partially taught through visits by law enforcers such as Deputy Sheriff Shawn Gillen, who explained to the students the ins and outs of the new Aroostook County transport van.

Next year's Caribou City Council will include a new member and a longtime councilor thanks to Tuesday's election.
Pets END_OF_DOCUMENT_TOKEN_TO_BE_REPLACED

What a beautiful fall we are having.  We hope you and your furry friends have been able to go on long walks enjoying all these “bonus days.” Even though the pandemic has put an unexpected cramp in most of our lives, we are all starting to get a glimpse of our past “normal” life reappearing.  There will definitely be the usual ghosts, goblins and superheroes out on the prowl on Halloween night.
What's Happening This Week END_OF_DOCUMENT_TOKEN_TO_BE_REPLACED