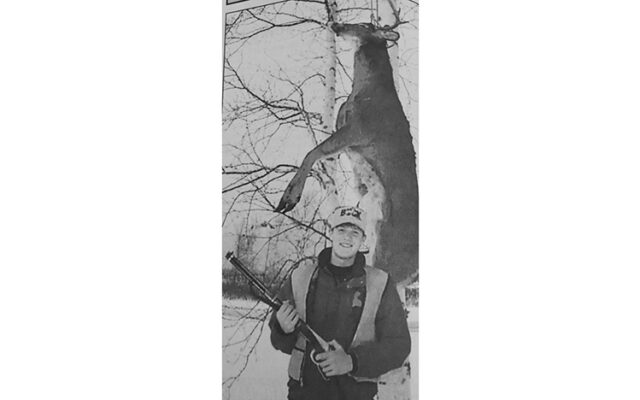 “ Although enrollment began November 1, reports indicate that the 1946 record may be doubled. Schools reported enrolled are: Hackett School in Crystal, with two rooms, 43 pupils; Central School in Dyer Brook with two rooms, 42 pupils; Fair Street School in Houlton with eight rooms, 280 pupils; Harrigan School in Houlton with two rooms, 35 pupils; Haggerty School in LIttleton with one room, 31 pupils; Elementary School in Patten with nine rooms, 232 pupils; Elementary School in Island Falls with six rooms 147 pupils; Grammar School in Oakfield with five rooms, 155 pupils. Contributions have already doubled that of this date in 1946. Of the amount contributed by the pupils so far, $58.61 will be sent to the National Children’s fund.

Town manager now in charge – Robert L. Price of Blairsville, Pennsylvania, with Mrs. Price and their four children, arrived in Houlton Tuesday night and the following morning, Mr. Price took over his new duties as Houlton’s Town Manager. Last night the new administrator of the town’s affairs met informally with the members of the Town Council to discuss various phases of community activities and to familiarize himself with his new responsibilities.

Sgt. Hamilton assigned to base in germany – Air Force Staff Sergeant Dale E. Hamilton, son of Mr. and Mrs. Edward H. Hamilton of Houlton, has arrived for duty at Ramstein AB, Germany. Sgt. Hamilton, an aircraft accessories repairman, is assigned to a unit of the U.S. Air Forces in Europe, America’s overseas air arm assigned to NATO. He previously served at Ubon Royal Thai AFB, Thailand. The sergeant is a 1968 graduate of Houlton High School.

Moran takes over East Grand Vikings helm – Rob Moran has taken over the East Grand boy’s basketball program. Moran is the team’s third coach in the last three seasons. He plans to put an end to the revolving door at the coach’s office. While this is Moran’s first opportunity to coach a varsity basketball team, he is by no means an inexperienced coach. Moran is the girl’s varsity softball coach and the boy’s varsity soccer coach at Hodgdon High School. It is on the basketball court that Moran feels most comfortable. Moran was a three-year varsity player at Houlton High School before he attended the University of Maine at Presque Isle.

Ritchie on All-state team – Luke Ritchie, son of Doug and Tammy Ritchie of Houlton, has been named to the Maine Sunday Telegram All-state soccer First Team for the second year in a row. Ritchie, a senior defenseman for the HOulton Shiretowners, scored eight goals and recorded 10 assists this season, while anchoring a stingy Shire defense that allowed only nine goals. Ritchie was a key component in leading his team to the school’s first- ever Eastern Maine Championship game. “It’s a great honor,” said Ritchie, as the selection tops off a successful soccer season. He credits his teammates for their support.

Next year's Caribou City Council will include a new member and a longtime councilor thanks to Tuesday's election.
Pets END_OF_DOCUMENT_TOKEN_TO_BE_REPLACED

Happy fall to you all.  It has been a super beautiful one so far. The harvest has gone well and the temperatures have remained warm, so enjoy these rare days because before long we will be into the winter months, and we all know what that means.
What's Happening This Week END_OF_DOCUMENT_TOKEN_TO_BE_REPLACED