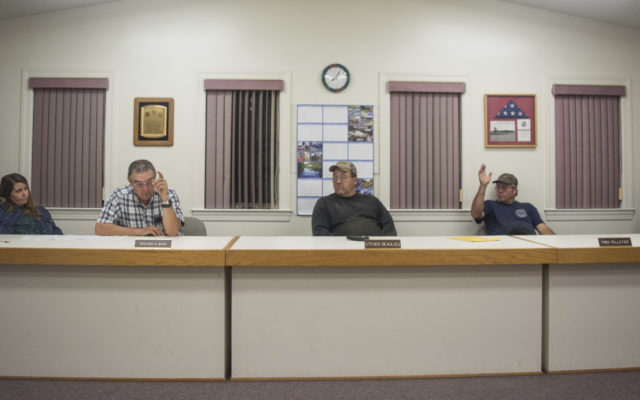 The brief emergency session that started at 8 p.m. was scheduled because the town needed to send out tax bills and “couldn’t wait any longer,” according to Town Manager Fred Ventresco.

“We normally commit the mill rate in mid to late August,” Ventresco said Friday. “A lot of towns, including Limestone, were waiting for numbers from the state, such as how the Legislature was going to fund the homestead exemption program.”

He added that the town had “issues assessing solar panels on the personal property” side of things, and did not have time to make a final assessment before the end of the month. Because of this, the town manager said Limestone will likely have to do a special assessment in the near future.

An overlay is an amount raised above the town’s tax commitment, which is used to pay tax abatements and to have as reserve in the town’s general fund for unanticipated expenses.

“A lot of employees were being paid in a way that does not keep up with the local economy,” Ventresco said, “and we put a little extra in the reserve account, mainly for machinery for the public works department. The town has not really invested in public works equipment in a long time, and the board felt they really needed to before a crisis hit.”

While board member Fred Pelletier motioned to go with 25.9 and Melissa Devoe seconded his motion, Tom Albert was opposed to moving forward with a low overlay.

“You’re right at the minimum of your overlay at $33,000,” Albert said. “My theory is how long do we keep robbing from Peter to pay Paul? You keep riding that overlay so low, it’s going to bite us one of these days. We’re always right at the lowest.”

Selectmen ultimately approved the rate of 25.9.

Maine is more than eight months into Medicaid expansion under the federal Affordable Care Act and trends around who is enrolling and where they live are starting to emerge, bucking some expectations and pointing out access challenges.
Pets END_OF_DOCUMENT_TOKEN_TO_BE_REPLACED