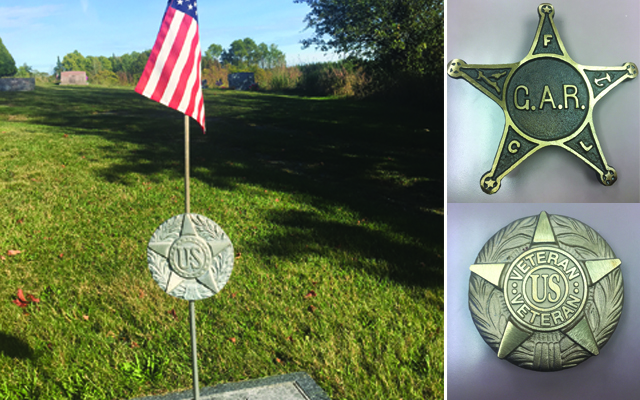 Joseph Cyr • October 4, 2017
The Aroostook County Sheriff’s Office is seeking the public’s help in locating a person or persons who stole 46 bronze veteran grave markers from the town’s cemetery on U.S. Route 2. 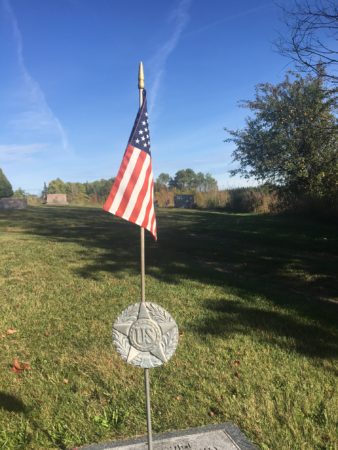 SMYRNA, Maine — The Aroostook County Sheriff’s Office is seeking the public’s help in locating a person or persons who stole 46 bronze veteran grave markers from the town’s cemetery on U.S. Route 2.

According to Smyrna Town Manager Candy Nevers, the grave markers were discovered missing Tuesday morning by one of the cemetery groundskeepers. The markers had been present Sunday when the groundskeeper mowed.

“Something looked different when he drove by on Tuesday,” Nevers said. “So he stopped and that is when he discovered the markers were missing.”

The markers, along with the brass posts that held them in the ground, had been removed from 46 grave sites. Nevers said the markers cost about $97 each, or roughly $4,400 total.

Some of the posts stolen were G.A.R. markers, representing veterans from the Grand Army of the Republic during the Civil War. 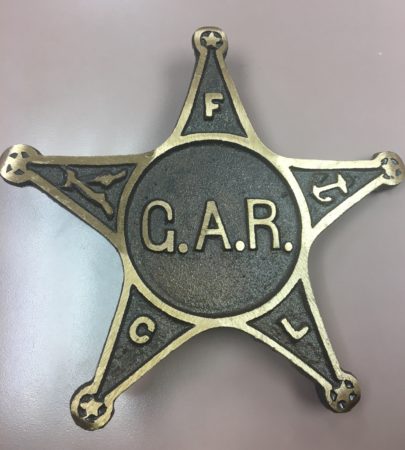 Among the grave markers stolen from the Smyrna cemetery were some similar to this one honoring veterans who served in the Grand Army of the Republic during the Civil War. (Courtesy of Aroostook County Sheriff’s Office)

“Needless to say, this is one that makes me pretty ugly,” Sheriff Darrell Crandall said. “There is just no need of it. Small towns spend money that comes very hard to honor our neighbors who served in the armed forces, and some jerk comes along and does something like this. (It is) very disappointing.”

The town does have a few extra markers on hand, but will not be able to replace all of them right away, Nevers said. The town’s board of selectmen meet Monday, Oct. 16, and will discuss options.

“I am sure they will be replaced, but where we get the money from, I don’t know,” Nevers said. “We may have to wait until the next budget (in January). I know the people in Smyrna are very supportive of their veterans and will be supportive.” 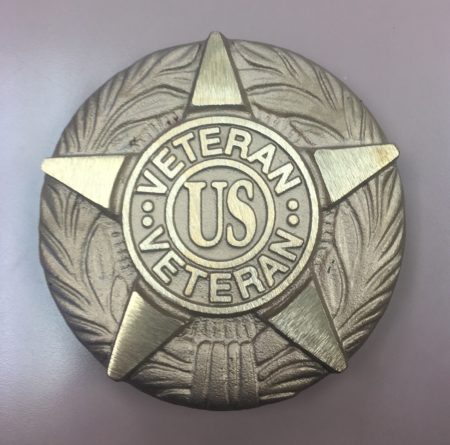 Veteran’s grave markers similar to this one were stolen from a cemetery in Smyrna. (Courtesy of Aroostook County Sheriff’s Office)

Nevers said she has contacted the town’s supplier for monuments, who informed her that a similar crime spree happened a few years ago in Charleston, Corinth, Hudson and Bradford.

She believes whoever stole the markers was likely melting them down for their copper.

It was a freezing day across The County, but you could hardly tell from the turnout. Even after a massive surge in absentee ballot requests across the Central Aroostook area, droves of people came out to vote in Presque Isle, Mapleton, Washburn and Fort Fairfield.
Pets END_OF_DOCUMENT_TOKEN_TO_BE_REPLACED