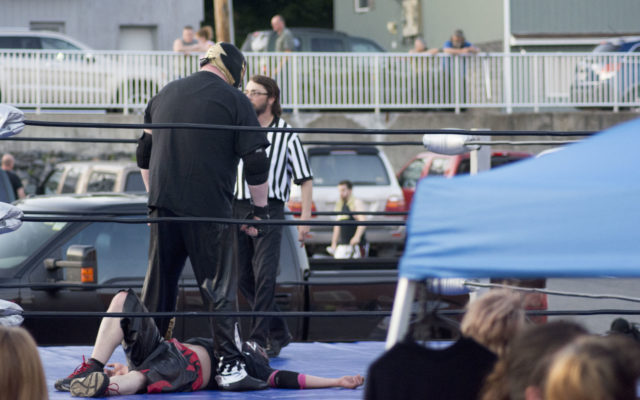 Chris Bouchard • August 19, 2019
Sweden Street was once again packed with close to a thousand guests enjoying karaoke, wrestling, and offerings from local vendors for Caribou’s penultimate Thursdays on Sweden event of 2019.

CARIBOU, Maine — Sweden Street was once again packed with close to a thousand guests enjoying karaoke, wrestling, and offerings from local vendors for Caribou’s penultimate Thursdays on Sweden event of 2019.

Members of the crowd cheered on their favorite singers, and Caribou Marketing and Events Coordinator Christina Kane-Gibson said many singers had their own entourage cheering for them during their performances. 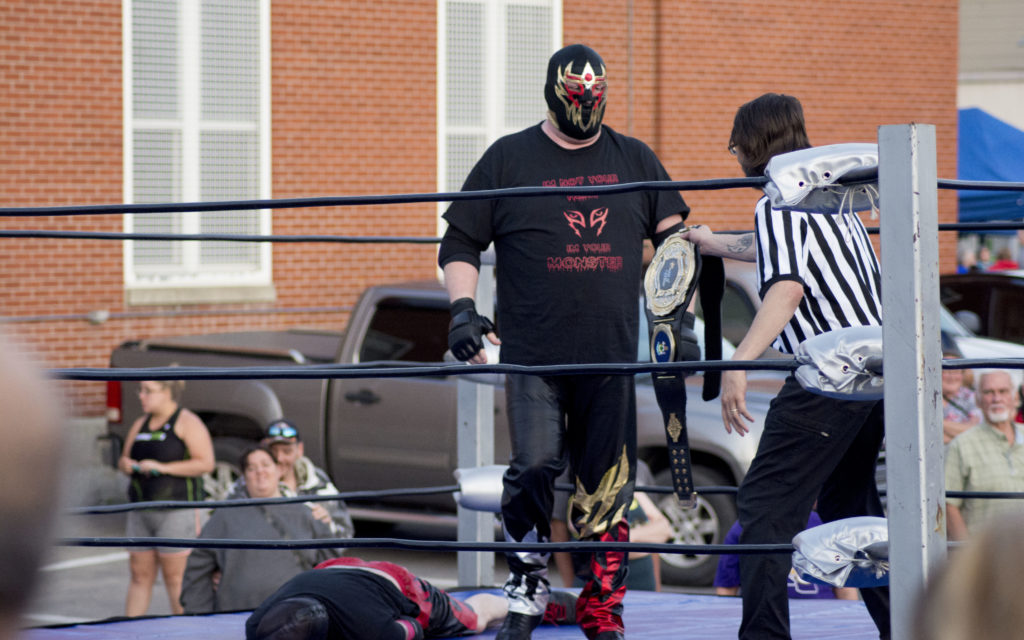 Crown of Maine Wrestling held their first Thursdays on Sweden match in Caribou during the city’s penultimate street festival of the year on Aug. 15.
(Chris Bouchard)

“It’s been really fun,” she said. “We had people come in an hour before the event and stake out an area with their chairs; they were ready.”

August 15 also marked the first night of live wrestling during Thursdays on Sweden. Crown of Maine Wrestling co-owner “Ray Ray C” said he was thrilled to bring wrestling to Caribou.

Ray Ray C has been wrestling all over Maine, Vermont and Canada for five years, and owns the wrestling organization with Von Taggart. He urges any wrestling fan to come out and watch their matches.

“Even if you’re not a wrestling fan,” he said, “come check it out. We do this for a good cause, and raised $700 for the Van Buren Fire Department last year. We had another show in Van Buren where we raised $550 for the class of 2022.”

Anyone interested in learning more about Crown of Maine wrestling can call Ray Ray C at 496-9541, at which point he would set up an interview that would lead to some beginning exercises.

“We’ll get them started and see how they do,” he said, “and everything after that is just repetition: training, training and training.” 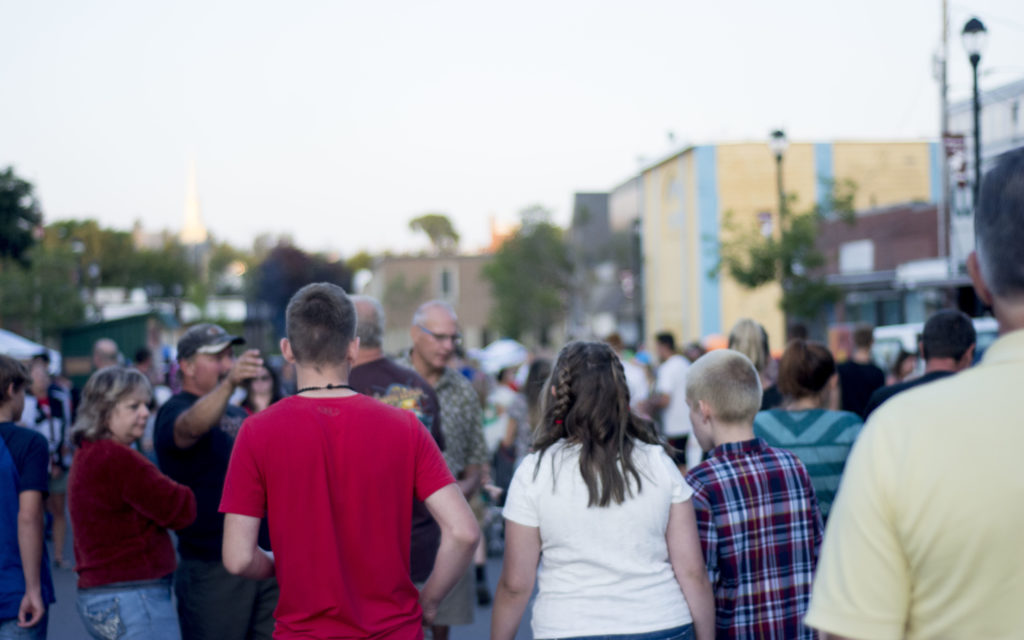 Hundreds came out on August 15 for Caribou’s penultimate Thursdays on Sweden event of 2019.
(Chris Bouchard)

Ray Ray C said he would absolutely consider making future appearances at Thursdays on Sweden and Kane-Gibson said another match is scheduled for the year’s final event on Aug. 29.

“It’s a great time,” he said. “It’s fun to be the bad guy, and it’s also fun to be the good guy, but it’s a little bit harder getting the crowd behind you when you’re a good guy.”

One of those initiatives included conducting a survey to determine what areas need to be improved in order to make Caribou more age-friendly. Singer said about 324 people from the area took the survey and that their top priority was access to health care.

Singer said the city has partnered with the Fort Fairfield Housing Authority to offer free home modifications to certain individuals who are 55 or older.

“As we get older,” she said, “we want to be able to live in our homes as long as we can, and these modifications make it a little bit easier to age in place.”

Items used in these modifications were on display at Singer’s table, and included smoke alarms, shower grip bar, and a lever doorknob, which is easier to maneuver than a traditional doorknob.

Their main objective for appearing during the Thursday event was to provide the community with more information, and to talk to people in the area about available programs.

For the next event, Kane-Gibson said the Rock Dox are scheduled to perform, adding that they have several local followers and always bring in a massive crowd.

“It seems like it gets bigger every year,” she said.