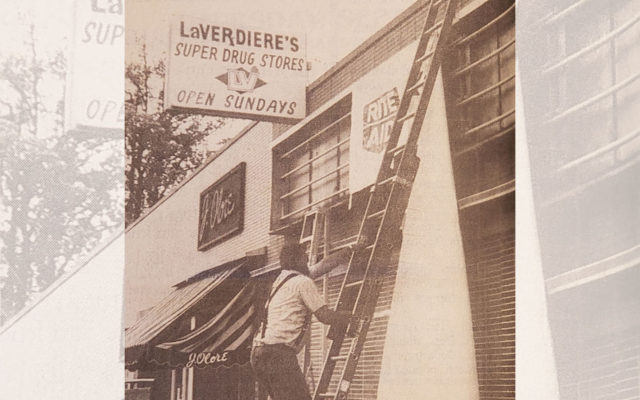 Compiled by Yvonne Tardie, Special to The County • September 17, 2019
101 Years Ago - Sept. 19, 1918 Supreme Court vacancy filled -- The vacancy on the Supreme Bench was filled by Gov. Milliken by the appointment of Hon. L. P. Deasy of Bar Harbor, who had for a long time been prominent in the business and public life of his section of the State.

Supreme Court vacancy filled — The vacancy on the Supreme Bench was filled by Gov. Milliken by the appointment of Hon. L. P. Deasy of Bar Harbor, who had for a long time been prominent in the business and public life of his section of the State. The selection was one likely to be fully endorsed by the members of the Maine Bar and the public.

Margaret Wood teaching — Miss Margaret Wood, daughter of Mr. and Mrs. R. K. Wood of this city, who, for the previous five or six years, was employed as an instructor of Physical Education at Presque Isle High School, resigned and accepted a similar  position at the Sanford High School, Sanford, Maine. Miss Wood graduated from Aroostook State Normal School, received her B.S. degree at the University of Maine.

Star Scout Award — The first fall district meeting of the Central District, Boy Scouts was held at the Vaughan House in Caribou, Dr. M. D. Harris, chairman of the District, president at the session. At this session, the application of Thomas Cogger of Presque Isle, for Star Scout rating was approved. Reports were made by Chairman Harris and Commissioner Edward Gagnon.

Top prize — Mrs. Bertha DeLong of Presque Isle received an early birthday gift when she was presented a $100 bill in the final Bazaar of Values drawing. Mrs. DeLong, who turned eighty years young, was the eighth and largest prize winner during the eight-week promotion, conducted by the Star-Herald in conjunction with 48 participating businessmen in the area. Following the presentation, she said, “This is the first time I’ve ever won anything and it’s going in the bank.”

Beet tour a success — “A tremendous success.” That was the way Lewis Roberts, sugar beet specialist with the Maine Extension Service, put it as he re-capped the two-day tour of the area’s sugar beet fields. The event attracted a number of people, Roberts said, that were curious to gain a new awareness of the relatively new product. The tour was climaxed with a banquet at Maine Sugar Industries, Inc., in Easton which attracted Gov. Kenneth M. Curtis and Dr. Armand Hammer, chairman of Occidental Petroleum Corp.

At the Houlton Humane Society, we take adopting the cats and dogs in our charge very seriously.
Campaign Corner END_OF_DOCUMENT_TOKEN_TO_BE_REPLACED