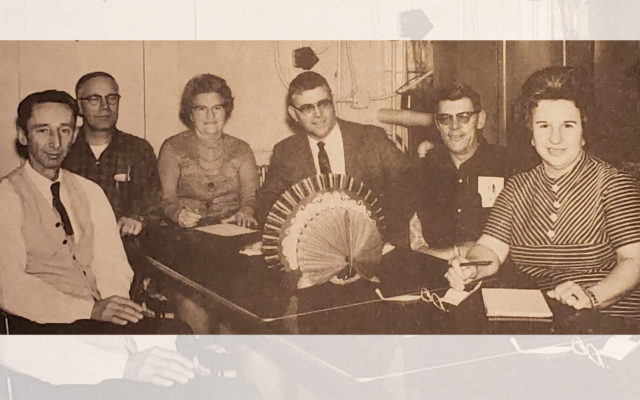 Compiled by Yvonne Tardie, Special to The County • December 3, 2019
D.L. Duncan of Washburn had been busy for a fortnight past with a crew of men taking down the Akeley Brook starch factory, one of the oldest starch making plants in the county, and for many years, operated by Johnson & Phair, and later by T. H. Phair.

The Akeley brook starch factory — D.L. Duncan of Washburn had been busy for a fortnight past with a crew of men taking down the Akeley Brook starch factory, one of the oldest starch making plants in the county, and for many years, operated by Johnson & Phair, and later by T. H. Phair. A part of the material was shipped to Caribou to be used by Pitcher & Co. in the construction of a factory near the C.P. Ry., and the rest shipped West for building a factory there.

Leo Daigle elected chairman — Twenty-eight farmers, representing the different committees of the Aroostook Agricultural Conservation Association, met in Presque Isle at a County Convention, to transact business pertaining to the organization. Frank W. Hussey, a member of the State Conservation Committee, presided over the meeting. Leo M. Daigle of Soldier Pond was elected chairman of the County Committee to serve for 1945. Glenn Porter of Monticello was elected vice chairman, and Don M. Kilpatrick of Presque Isle, as a regular member. Elwood Noyes of Limestone was elected as alternated, and Fred Sylvester Jr., of Mars Hill, was elected as an alternate.

Wildcats upset Stearns — The Presque Isle Wildcats, showing surprising strength for a green team, defeated a favored Stearns Club 24 to 22 at the local gym. Tompkins and Tarbell were the top scorers for the Hanscom men, collecting four field goals each. In the prelim, the Mapleton varsity defeated the Presque Isle freshmen.

Social action award — Mars Hill resident, Donald E. Anderson, was honored Nov. 20 and Charlotte Wilson, chairperson for the Aroostook Cooperative Parish presented  him with the first Aroostook Cooperative Parish Social Action Award. Recipients of the award must exhibit exemplary efforts to oppose injustice and, through their efforts, create a better quality of life for victims of injustice.

Feeding the hungry — Nita Moser and Bob Palmer, from Martha and Mary’s Kitchen at the Bethany Baptist Church in Presque Isle, received a $1.000 check from Margo Dyer, Wal-Mart director of community involvement, presented to the Kitchen on Nov. 30, as a match to the organization’s fundraising efforts.

A few years back the Ark was gifted with something that we never dreamed possible. It is a gift that left us speechless and opened a whole new door for us.
Campaign Corner END_OF_DOCUMENT_TOKEN_TO_BE_REPLACED