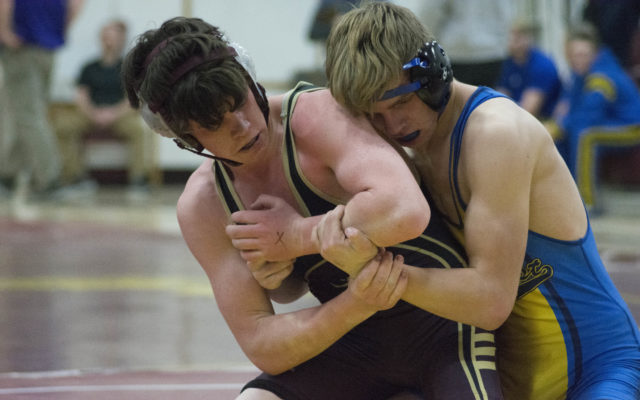 Chris Bouchard • February 11, 2020
Four Caribou Viking wrestlers are headed to the Class B state championship in Freyburg on Feb. 15.

CARIBOU, Maine — Four Caribou Viking wrestlers are headed to the Class B state championship in Freyburg on Feb. 15 following their performance during Saturday’s regional tournament held at Caribou High School.

“The kids wrestled the best that I have seen in the last three meets,” coach Thomas Beckum said. “We had three major upsets for us to qualify for the state meet.”

Caribou placed eighth overall and Beckum said he was pleased with the performance during the Saturday’s tournament.

“This is the best the Caribou wrestling team has done since 2014 and every wrestler is returning next year,” he said. “I am extremely proud of how the team believed in each other and their confidence going into the regional meet. Every wrestler went to the mat and gave it their all.”

Only one member of Maine’s congressional delegation had come out in favor of impeaching President Donald Trump ahead of House Speaker Nancy Pelosi’s Tuesday announcement that the Democratic-led House of Representatives would begin an impeachment inquiry.
Pets END_OF_DOCUMENT_TOKEN_TO_BE_REPLACED

We think a cat can make for the best pet in the world. To truly love a cat, you must learn to accept them for what they are -- unpredictable and quirky, which is something unique and unlike any other pet.
Campaign Corner END_OF_DOCUMENT_TOKEN_TO_BE_REPLACED