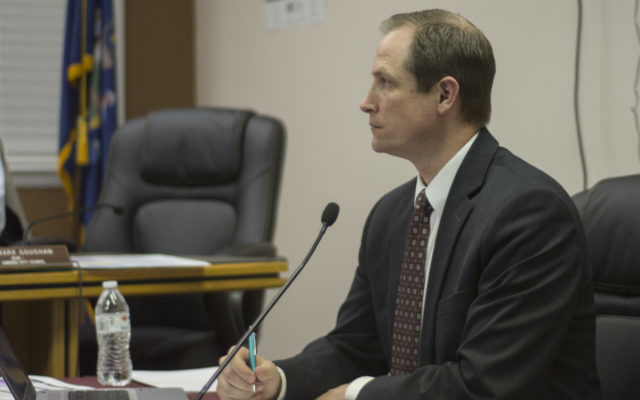 Chris Bouchard • February 13, 2020
Caribou City Council discussed ambulance transfer rates, reimbursements and what can be done to ensure the department’s sustainability during a Feb. 10 meeting.

CARIBOU, Maine — Caribou City Council discussed ambulance transfer rates, reimbursements and what can be done to ensure the department’s sustainability during a Feb. 10 meeting.

Council and city officials recently looked into how these costs could be more evenly distributed amongst other communities, determining that a cost of $125 per capita for Caribou and surrounding towns would cover the fire and ambulance service to the outside towns as well as future repairs and maintenance needed at the station.

The city announced these rate increases to surrounding towns in mid-December, giving them until Jan. 31 to make a decision and later extending the deadline to March 31.

Towns have three options: pay $500 per call without a formal contract, which would mean emergency calls would not be prioritized and the ambulance may not arrive right away; pay $100 per capita for EMS services, with coverage staying the same; or pay $125 per capita for both fire and ambulance services.

As of Feb. 12, Limestone and Caswell have agreed to the EMS contract for $100 per capita, which Marker said would provide an additional $230,000 in revenue to the department. Westmanland, Stockholm and New Sweden have also indicated that they would continue with both services at the $125 rate. Wade, Washburn and Perham are asking Presque Isle to provide EMS services at $11.50 per capita.

Madawaska Lake and Connor, both of which are unorganized townships overseen by Aroostook County Commissioners, have not yet responded. Woodland has not made a commitment either, and its town officials are critical of the proposal, particularly the steep rate at which the price was increased and the relatively short window of time provided for making a decision.

He said there are always four crew members at the Caribou Fire and Ambulance Department, but when a crew goes out on a call, at least one additional employee needs to come in and cover the station — which is overtime. In addition to overtime pay, Marker said the city also needs to consider vehicle costs, mileage and facility costs.

“When the first call comes in, we see an almost immediate $100 increase in our staffing costs because of that overtime. And that goes up with each call to where we have three calls out at once,” Marker said. “It doesn’t happen very frequently, but it does happen.”

Marker said the city recently identified the costs associated with each of the department’s vehicles, including fuel prices and future repairs.

When the vehicles are running down the road, the city manager said the city is paying close to $2.80 per mile on average. For round-trip patient transfers to the Portland area, Marker said the average cost can be up to $2,500 per run.

Marker said because of the union contract with the department, employees called in beyond their regular hours for a run are instantly given two hours of overtime pay. As a result, Marker said it’s not until calls go beyond a two-hour period that the city is able to see a true representation of costs associated with each of those runs.

Recently, Caribou Fire and Ambulance Chief Scott Susi and other Maine fire and EMS employees have worked to get the state reimbursements closer to the federal level. Now, the rate is closer to 60 percent as opposed to 40 percent.

In an effort to address these issues, Marker said he and Susi have had several discussions about how to improve efficiencies in the department.

“One of the things we’re looking at is changing the union contract, and trying to reduce that frontloading of costs so we can potentially get additional revenues on each local run, rather than have a minor amount of revenue,” said Marker.

The city manager said that staffing changes might eliminate the need for overtime on every call. He also said that he and the chief have discussed doing non-emergency transfers from Cary Medical Center to a downstate facility only during daytime hours.

Some advantages of this policy would include reduced overtime pay, reduced liabilities associated with driving long distances at night — such as snowstorms or wildlife encounters — and improved staff morale, he said.

This change would depend on the hospital’s ability to find someone else to do nighttime non-emergency transfers or the hospital’s willingness to hold those patients until the next day, he said.

Marker said it may be possible to revisit some of the contractual costs to outside communities if city officials can find some cost savings.

“Obviously we would need some time to get some of these things implemented and be able to see and understand what those changes are resulting in, but it definitely could give us an opportunity to revisit things in the future with other communities,” he said.

Councilor Doug Morrell posed a number of questions for city officials to investigate and bring back for discussion. His questions included when the ambulance began, the total number of ambulance overtime hours worked per year from 2008 to 2019 and what year the city began providing EMS services to outside towns.

Morrell also asked when the third, fourth and fifth ambulance vehicles were purchased and operated and for a breakdown of how many patients were privately insured– using federal insurance, state insurance, or not insured — from 2008 to the present.

After continued discussion of reimbursement rates, Ayer concluded that many of the budgetary issues with not only Caribou’s EMS service, but also EMS services as a whole throughout the state and country, are a result of policies on the state and national levels.

“The state and federal government’s pet healthcare projects, who are they really hurting? Us — and taxpayers in surrounding communities,” Ayer said. “I can’t make it any more simple than that.”

Only one member of Maine’s congressional delegation had come out in favor of impeaching President Donald Trump ahead of House Speaker Nancy Pelosi’s Tuesday announcement that the Democratic-led House of Representatives would begin an impeachment inquiry.
Pets END_OF_DOCUMENT_TOKEN_TO_BE_REPLACED

Last week, we received a phone call about a cat that was in desperate need of help. The young lady said she found a cat that was very skinny and crying and that there was blood in the snow.
Campaign Corner END_OF_DOCUMENT_TOKEN_TO_BE_REPLACED