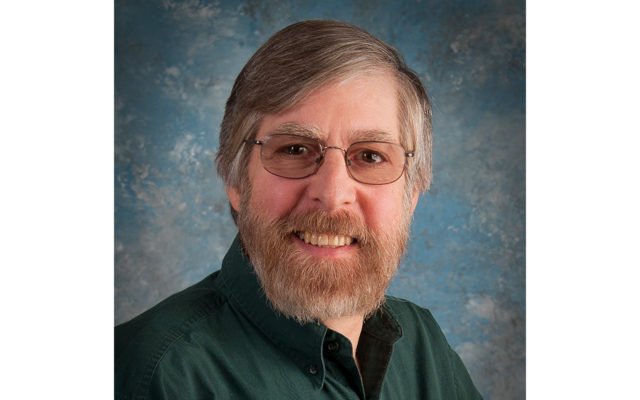 Contributed • February 20, 2020
Dr. Ron Blum was honored with the Lifetime Achievement Award by the Maine Academy of Family Physicians at its annual meeting in Bar Harbor.

PATTEN, Maine — Dr. Ron Blum was honored with the Lifetime Achievement Award by the Maine Academy of Family Physicians at its annual meeting in Bar Harbor. It is the first time the award was presented in over 40 years.

Blum divided his unique career between family medicine and occupational medicine since moving to Patten in 1975.

A graduate of The Jefferson Medical College of Philadelphia, he completed a community pediatric residency at the Albert Einstein College of Medicine affiliate, Lincoln Hospital, in the Bronx, New York.  He then agreed to become the first and only physician at the newly established Katahdin Valley Health Center in Patten.

He recently retired after 44 years of private practice, dividing his time between his full service family medicine office (except for obstetrics) and occupational medicine. His primary care practice found him making house calls, sewing wounds on the kitchen table, riding ambulances or running codes on a picnic table.

He served as medical director for Great Northern Paper Company in Millinocket and East Millinocket, and its successors, for over 30 years, along with Tate & Lyle and multiple other local industries and businesses. He performed a full range of occupational medicine consultative services including as medical review officer, hearing conservation director, certified medical examiner for the Department of Transportation, independent medical examinations, permanent impairment evaluations, disability examinations for Social Security Administration and insurers, OSHA surveillance evaluations, wellness programs and orthopedic medicine.

Early in his career, Blum earned Fellow status in the American College of Occupational and Environmental Medicine and the American Academy of Family Physicians.  He has been a long-term member of ACOEM’s Work Fitness and Disability Section, serving as vice president and as presenter and course director for multiple education programs.  He joined the board of the New England College of Occupational and Environmental Medicine in 2002 and completed terms as president-elect and then president in 2018.

In 2012 he developed the course and faculty for NECOEM’s training of certified medical examiners under the new Federal Motor Carrier Safety Administration, ultimately training over 700 examiners throughout New England and New York.

Dedicated to teaching, Blum has been a regular presenter to audiences on occupational medicine topics. He precepted family medicine residents at Eastern Maine Medical Center, and hosted students in his office practice from the New England College of Osteopathic Medicine and Tufts University, among others.

He also was medial director for Herbal Research, a Bangor company studying efficacy and safety of nutraceutical and served as interpreter and president for the American College of Clinical Thermology.

Blum has been a Board member of the Maine Academy of Family Physicians since 1991, serving in almost every office including president, and as alternate delegate and delegate to the academy for over 20 years.  He served on two academy commissions, Health of the Public and Education, as chairman of the Subcommittee on Global Health and on multiple reference committees of the Congress of Delegates, as well as running for the national AAFP Board.

He was named Maine Family Physician of the Year in 2003, National Chairman of the Tar Wars Advisory Board (a smoking deterrent program) in 2008, and designated as AAFP WONCA Rural Hero in 2015 (Award of the World Organization of Family Doctors).

Blum serves as town health officer for Patten, Crystal and Mt. Chase, was a state medical examiner  and northern Maine regional public health medical officer.  He is the school physician for Southern Aroostook Community and Katahdin schools and was medical director for the local nursing home until its recent closure.

He serves on the board of directors of the Patten Lumberman’s Museum and of Congregation Beth El.  He is secretary of the Patten Town Planning Board and volunteers on committees of NECOEM and other civic organizations. He was a Boy Scout leader for many years, serving as Cub and Scout master, and leading troops to National and World Jamborees in Holland and Chile.  He is on the advisory board of the Maine High Adventure Program, operated by the Boy Scouts on Grand Lake Matagamon.

Blum served as liaison between the Maine Chapter of the American Academy of Pediatrics and the MAFP, and for many years spoke at the national AAP conference promoting cooperation between the specialties.  He was tobacco cessation chairman for the Maine chapter and received an achievement award from the Maine chapter of the AAP and an epidemiology award from the Maine Department of Human Services for his management of an outbreak of hemolytic E. coli.

Currently his practice is limited to occasional independent examinations, consultations and case reviews.

He continues to enjoy the attractions that enticed him and his wife Mary Lou to Maine, gardening, woodworking, canoeing, sailing, hiking, fishing, art and the rural lifestyle. They raised four children and look forward to sharing their experiences with their three grandchildren.

At the Houlton Humane Society, we take adopting the cats and dogs in our charge very seriously.
Campaign Corner END_OF_DOCUMENT_TOKEN_TO_BE_REPLACED