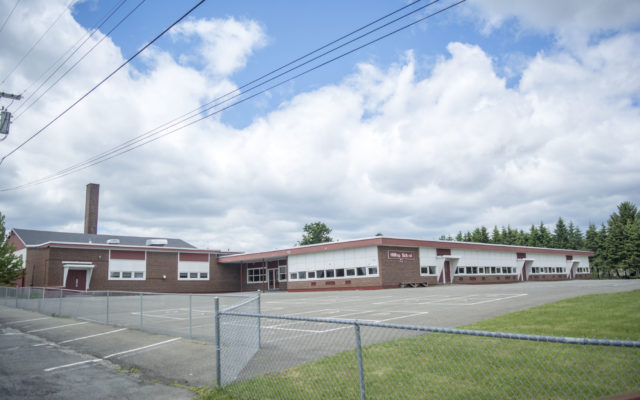 Chris Bouchard • June 21, 2018
Caribou City Councilors voted on June 11 to designate 7.26 acres of land surrounding and including the former Hilltop Elementary School as a tax increment financing district to help the Caribou Senior Living, LLC convert the former school to a 38 bedroom facility for senior citizens.

CARIBOU, Maine — Caribou City Councilors voted on June 11 to designate 7.26 acres of land surrounding and including the former Hilltop Elementary School as a tax increment financing district to help the Caribou Senior Living, LLC convert the former school to a 38 bedroom facility for senior citizens.

Each of the single dwellings, according to a document included with the June 11 Council packet, will include a kitchen, living area, and bathroom. Additionally, the school’s gymnasium will be converted into a large, central gathering area. The facility also will feature a large kitchen in which meals regularly will be prepared.

Under the 30 year TIF agreement, the LLC will be able to reinvest 95 percent of its tax assessment each year while the city will keep five percent.

Before councilors approved the TIF district, members of the public spoke for, and against, the project. Local resident Maynard St. Peter asked why the city chose to reimburse the company for 95 percent of its taxes for the entire 30-year term of the TIF as opposed to gradually lowering the reimbursements over time.

“To me,” St. Peter said, “the 20-year program of reducing the amount and gradually taking more over time was perfect. It always worked for us, but this isn’t the way it was done before. You’re talking about giving them back a million dollars. That’s an awful lot of incentive.”

Marker said the percentage is up to the city to negotiate and determine, and that, hypothetically, city officials could give a business 100 percent of its taxes for the life of the program if they wanted.

The mayor then asked Marker to clarify why the city is choosing to reimburse the company at 95 percent for each of the 30 years.

“Part of the discussion we’ve had [with Caribou Senior Living, LLC] in the past is that the renovation and redevelopment of a school is a big cost,” Marker said. “It involves doing environmental work, cleanup, and pulling out all of the asbestos. They’re taking care of that, and bringing additional senior housing to an area where it’s needed.”

Marker added that, in his conversations with local hospital officials, they’ve mentioned a dire shortage of “housing opportunities for the elderly,” and that the company will have to put over $4 million into the project “just to make it work.”

St. Peter said he understands the rationale and that he’s generally in favor of TIFs. Nevertheless he said that Caribou will “have no money coming in” by reimbursing at such a high percentage.

He concluded by saying that, for 30 years, infrastructure, fire department, ambulance, police department, and other city costs will remain “a burden to the taxpayer” while “we have no money coming in from them [Caribou Senior Living, LLC] to take care of that,” and suggested reducing the reimbursement amount over the 30 year period.

Wilfred Martin, also of Caribou, asked why the building was not publicly put out to bid, and suggested stalling the public hearing so the city could bring the developers involved with the company in for a public meeting with the town, and also because two councilors were absent during the June 11 meeting.

“You’re talking about developing a large building that’s never been put out to bid,” he said. “You didn’t give anybody else a chance. I think there’s some explanation that should be heard here for the general public. I mean, how much are we going to TIF in this town? Isn’t there a limit on the amount of TIF-ing you can have?”

Marker said the state does not allow a city to TIF more than five percent of its total acreage.

Martin reiterated that either a public meeting with the members of the company should be held, or the city should put the former school building out to for public bid.

“This has all been done behind closed doors,” he said. “Nobody else has had a chance to take that building and do something with it. I mean this is a public building; it should have been advertised that it was available.”

Councilor Tim Guerrette said that the councilors have been discussing this project for well over a year, adding that, as part of the transaction between the city, school, and company, the city traded the building to Caribou Senior Living, LLC so the company would take care of asbestos abatement, the demolition of the former Sincock School, and work that “would have cost us a fortune” had the city not struck the deal.

Martin asked again if the city would consider stalling the TIF designation to allow time for a public meeting with the owners of the company.

“I can only speak for myself,” said the mayor, “but we’ve been at this for two years. I’m not in favor of stalling.”

Local resident Diane Gove supported approving the TIF right away, stating, “Everything was done upfront and legally. These are local people and they’re putting money back into our community.”

With the deal in place, Gove said the city would not have to pay for demolition of the building and that, as it stands, there is no tax money coming in from the seven acre property.

“Five percent is better than zero percent,” she said.

Caribou Tax Assessor Penny Thompson said that, in order to assess the prospective taxes for the business, she looked at similar apartment complexes in the area, and spoke to other communities, such as Frankfort, where developers are converting school buildings into apartments.

“If you look at similar sized businesses and the personal property they have,” she said. “This will not be insignificant in lowering our tax burden.”

In the end, the councilors moved to accept the designation of Caribou Living, LLC’s project as a TIF district.

For the first time since 2019, there is competition for open seats on the Houlton Town Council
Pets END_OF_DOCUMENT_TOKEN_TO_BE_REPLACED

We hope everyone enjoyed a wonderful holiday season and is looking forward to the new year.  December was a busy month at the Central Aroostook Humane Society with so many people and businesses bringing in much-needed supplies and monetary donations, which help us to take care of the special temporary pets in our care.
What's Happening This Week END_OF_DOCUMENT_TOKEN_TO_BE_REPLACED