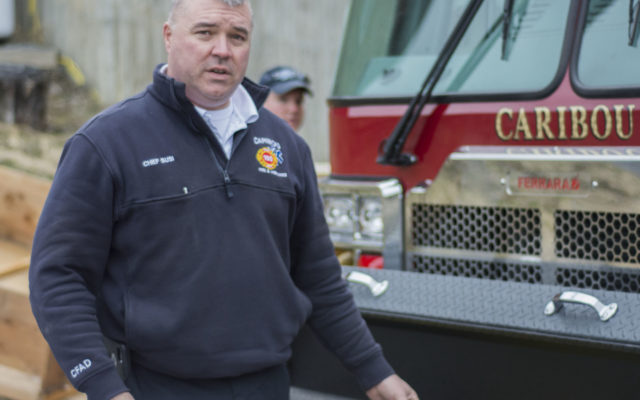 Melissa Lizotte • April 16, 2019
A number of factors have played a role in fire departments being unable to recruit as many volunteer firefighters as in past years, according to two local fire chiefs.

PRESQUE ISLE and CARIBOU, Maine — A number of factors have played a role in fire departments being unable to recruit as many volunteer firefighters as in past years, according to two local fire chiefs.

Caribou Fire Chief Scott Susi noted that throughout the last decade, he has seen a steady decrease in the number of volunteers that his department is able to recruit and retain for long periods of time. Currently, the Caribou Fire Department has 20 volunteers who serve as firefighters on an on-call basis. Although Caribou has one of the larger departments in Aroostook, with 16 full-time firefighters, he fears a shortage of volunteers will occur as his core group of volunteers ages out of the field.

“It’s mostly due to the economic situation,” Susi said. “Employers have less people now to do the same work. So when a business owner has someone in a critical position, they’re not going to let them leave to take care of a fire. We still have great relationships with employers, but their numbers have gone down and they need people at work.”

The inability of volunteers to balance work and life responsibilities with the training requirements needed to become a volunteer firefighter has left many departments shifting how they reach out to potential volunteers. 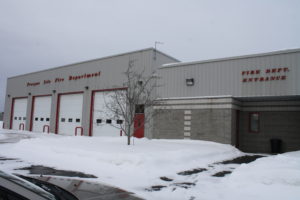 The Presque Isle Fire Department is one of many in Aroostook County that has struggled to recruit and retain volunteer firefighters in the past decade.
(Staff Photo/Melissa Lizotte)

In Presque Isle, chief Darrell White, who supervises a staff of 19 full-time firefighters and 20 volunteers, said that his department has begun offering state-mandated beginner firefighter training once a month for 3 to 4-hour sessions as opposed to two shorter sessions per month.

“For past trainings we’ve only had 5 or 6 people show up, which is a frustration for our on-duty crew who set up and teach them,” White said. “We’re hoping that the once-a-month time slot can help get our numbers back up.”

In addition, volunteer firefighters dedicate themselves to serving their community. They might help decorate their city or town during the holiday season, provide security at large events and water plants during the summer months.

“Sometimes people will start their beginner’s training and then find that they don’t have time to volunteer,” Susi said. “It’s become harder for us to find people who are eager and willing to spend the extra time, especially when firefighting isn’t their career.”

These days, the fire chiefs and their crews attend job fairs and open houses and have even done radio and Facebook campaigns in hopes of reaching out to members of the younger generations. But they have found that between homework, clubs, sports and family activities, high school students are unable to commit extra hours to firefighting and, as a result, many do not develop an interest at all.

“I remember when I started volunteering, I got called to a fire right before prom and I went to the fire in a tuxedo,” White said. “Kids have a lot more going on today and often they’d rather be at events with their families, which we understand. But it’s a shift for us.”

In the future, both chiefs view regionalization of fire and ambulance services as a potential way to deal with the declining volunteer numbers. Just this past year, Presque Isle and Caribou’s ambulance departments began serving Washburn and Wade, with the two cities designating their response areas based on how close received 911 calls are to either the Presque Isle or Caribou city line.

Susi said that the new system has worked out well for all communities involved and could lead to further discussions with smaller fire departments in surrounding towns such as Mapleton, Ashland, Mars Hill, Easton and Fort Fairfield and with smaller departments who rely fully on volunteer firefighters.

“I myself don’t see much change happening as far as the overall number of volunteers,” Susi said. “But with collaborations, a larger department like Caribou could station a tanker truck in outside communities who don’t have fire hydrants. Then the smaller stations would have more funds set aside for their own volunteers.”

White noted that regionalization is not about larger fire departments controlling smaller departments but rather about everyone working together to benefit all those involved, including taxpayers.

While the future of regionalized fire departments remains uncertain, one thing White predicts will happen is the continued decline of volunteer firefighters. With the department responding to fewer structural fires in recent years, he said, volunteers are spending less time doing what brought them to firefighting in the first place and they tend to lose interest more quickly.

“My honest opinion is that if we don’t see the trend change, we probably will end up being an all full-time fire department,” White said. “This problem is not a new one, but it’ll force us to look at regionalization.”

Just when we thought we were out of the woods with kitten season, it has hit full force.  The past few days have been difficult answering the phone and hearing the stories of why people have litters of kittens they need to surrender.
Campaign Corner END_OF_DOCUMENT_TOKEN_TO_BE_REPLACED