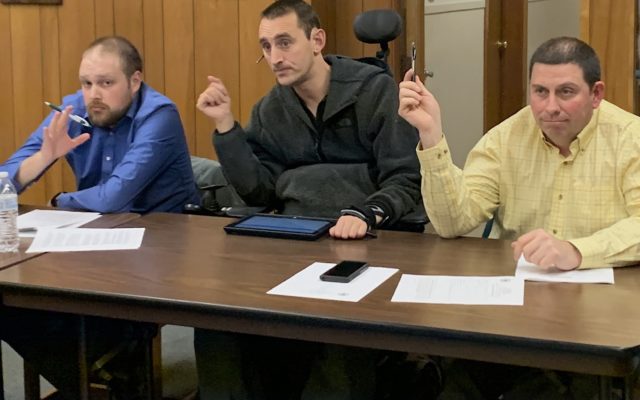 David Marino Jr. • January 24, 2020
The vote came after councilors, planning board members and city manager Martin Puckett said they had received practically no opposition to the measure from residents.

PRESQUE ISLE, Maine — In a potential sign of the times for a city that once voted decisively against the legalization of marijuana, on Thursday the Presque Isle City Council unanimously passed an ordinance legalizing the sale and cultivation of pot within city limits.

The vote came after councilors, planning board members and city manager Martin Puckett said they had received practically no opposition to the measure from residents. With little resistance, city officials said the ordinance was a way to drive business to Presque Isle in a new economic frontier that, while still federally illegal, is now a billion-dollar industry nationwide.

The vote came in a shared meeting with the Presque Isle Planning Board, who has devoted substantial time crafting the ordinance for months. Before the city council took its vote, the planning board also voted unanimously to pass it.

The ordinance legalizes marijuana in Presque Isle with regulations, many of which are in line with state law on cannabis. There will be no marijuana social clubs, and smoking or ingestion of marijuana will still not be allowed anywhere but on private property.

Of the eight members of the public who attended, two spoke during the public comment section of the meeting. Both supported allowing the sale of marijuana within Presque Isle, and both said they were interested in beginning a cannabis enterprise of their own in the Star City.

David Gordon came in skeptical that the ordinance was overregulating marijuana, but left reassured once councilors and planning board members clarified several provisions on security and zoning measures.

Pete Haines drove four hours from Lewiston to voice his support for the measure. Haines, who works at the Central Maine Flower cannabis shop and manufacturing facility in Lewiston, said his inquiry to city officials regarding recreational marijuana in Presque Isle six months ago helped spur the creation of the ordinance by the planning board.

The lack of public opposition to the ordinance was a far cry from November 2016, when 60 percent of Presque Isle residents voted against Question 1, a referendum to legalize marijuana across Maine.

While the measures passed both bodies unanimously Thursday night, officials were not without concerns. The most controversial part of the measure may have been the minimum lot size for a marijuana manufacturing facility. The ordinance specifies that each lot needs to be at least five acres large.

“If we’re talking about an in-town operation, how many five-acre parcels of commercial land is really available,” councilor Jeffery Willette asked.

Chairman of the City Council Kevin Freeman said that requiring a higher threshold to begin a business was a prudent step in a new endeavor for the city. He noted that the council could lower the minimum based on demand in the future.

Puckett said Presque Isle officials had consulted both police chief Laurie Kelly and fire chief Darrell White about the ordinance. Both were satisfied with the provisions in the ordinance for safety, which include requirements for 24/7 security cameras and deadbolt locked doors at facilities, though Kelly said she still had some reservations.

“If the police chief would have her first choice, we would not have marijuana,” Puckett said. “But, she feels we have covered her needs adequately.”

Marijuana cannot be allowed within 1,000 feet of a K-12 school, or 150 feet of a church, preschool, daycare or community center.

Puckett said the ordinance goes into effect on Feb. 2. Recreational sales of marijuana across Maine are slated to begin sometime in the spring.

For the first time since 2019, there is competition for open seats on the Houlton Town Council
Pets END_OF_DOCUMENT_TOKEN_TO_BE_REPLACED

We hope everyone enjoyed a wonderful holiday season and is looking forward to the new year.  December was a busy month at the Central Aroostook Humane Society with so many people and businesses bringing in much-needed supplies and monetary donations, which help us to take care of the special temporary pets in our care.
What's Happening This Week END_OF_DOCUMENT_TOKEN_TO_BE_REPLACED