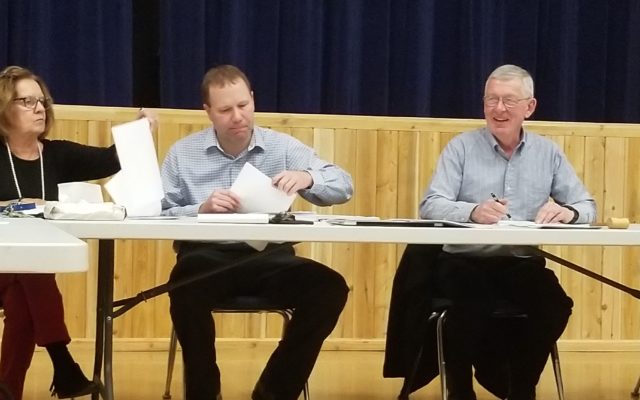 Joseph Cyr • February 13, 2020
Plans for a regional high school in southern Aroostook County are once again in jeopardy as another district has pulled out of the project.

DYER BROOK, Maine — Plans for a regional high school in southern Aroostook County are once again in jeopardy as another district has pulled out of the project.

The RSU 50 school board unanimously voted Feb. 10 to withdraw from a plan that would have combined Houlton, Hodgdon and Southern Aroostook, as well as the Region Two Career and Technical Education Center, into one regional high school.

This move comes just a few short weeks after the Maine Department of Education re-approved the consolidation project following the departure of SAD 14 East Grand of Danforth.

“Obviously we are disappointed that the RSU 50 school board decided to pull out at this early stage,” RSU 29 Superintendent and project leader Ellen Halliday said. “It was my hope that we would all commit to the process so that we could gather information and allow our communities to make informed decisions at crucial checkpoints down the road.”

In 2017, the five school districts — RSU 29 (Houlton), SAD 70 (Hodgdon), RSU 50 (Southern Aroostook), SAD 14 (East Grand) and Region Two — agreed to submit a proposal for a regional high school system. The southern Aroostook conglomerate also featured pieces with the University of Maine at Presque Isle and Northern Maine Community College. The state awarded the group up to $120 million toward funding the school.

It was the second regional high school project to receive state funding, with the first being a consortium of SAD 27 that includes Fort Kent, SAD 33 that includes Frenchville and Madawaska School District. The intent of the state’s pilot project is to encourage neighboring school districts with declining enrollments and increasing expenses to work together to combine resources and save costs.

At its Feb. 10 school board meeting, RSU board members expressed a number of reservations about the regional high school project. Chief among those concerns was the fact that they were being asked to approve funding for startup costs to include engineering studies, architectural design costs and other legal expenses.

However, those figures only cover the first installment of the startup costs as it was estimated that the four schools would need to provide a combined $750,000 over a four-year period for startup costs.

Several RSU 50 board members expressed reservations about spending $119,213 for a project that could ultimately be turned down by residents.

The vast distance students would likely have to travel was another sticking point. Although no location for the proposed high school had been discussed, many on the board felt it was a given that any new school would be located in Houlton because of the services that community has to offer, such as full-time police, fire and ambulance as well as having a hospital. 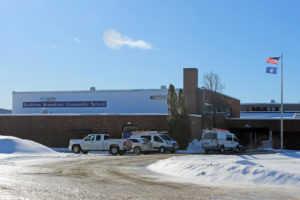 RSU 50 includes the communities of Dyer Brook, Island Falls, Crystal, Hersey, Smyrna, Merrill and Oakfield. Crystal would be the community farthest from a school in Houlton with students having to travel roughly 36 miles.

“I know there is a fear that if the new school was built in Houlton, we could lose staff and families would leave this area to be closer to the school,” Porter said. “But they could also do that right now.”

“What would be the advantage for our students,” board member Barbara Burton asked. “I just don’t see [the advantage].”

“I see no disadvantage to us staying the way we are now,” added board member Greg Ryan.

Chairman Stephen Porter said many of the questions the board has about the project simply cannot be answered at this stage.

“It’s a big gamble,” he said. “I have tried to remain neutral for a long time, but I have swayed to the point where I don’t think this is a good idea for us. I know there could be more opportunities for some students, but I also think it could negatively impact other students who really thrive in a smaller setting. Right now, we follow our students from pre-K to grade 12, so we really get to know them.”

Many on the board expressed hope that the remaining school districts would be able to continue the regional high school without RSU 50, adding that any parent who wanted to send their child to that larger school would still be able to do so.

Halliday said the three remaining schools have requested a meeting with the state Department of Education to see what options might be available.

“We are very interested in moving forward with the project,” Halliday said. “We appreciate [RSU 50’s] open communication with the rest of the member districts and understand the difficulty of making a decision to forego a $100+ million state-paid school, which would have allowed new programming and opportunities for their youth.”

For the first time since 2019, there is competition for open seats on the Houlton Town Council
Pets END_OF_DOCUMENT_TOKEN_TO_BE_REPLACED

We hope everyone enjoyed a wonderful holiday season and is looking forward to the new year.  December was a busy month at the Central Aroostook Humane Society with so many people and businesses bringing in much-needed supplies and monetary donations, which help us to take care of the special temporary pets in our care.
What's Happening This Week END_OF_DOCUMENT_TOKEN_TO_BE_REPLACED