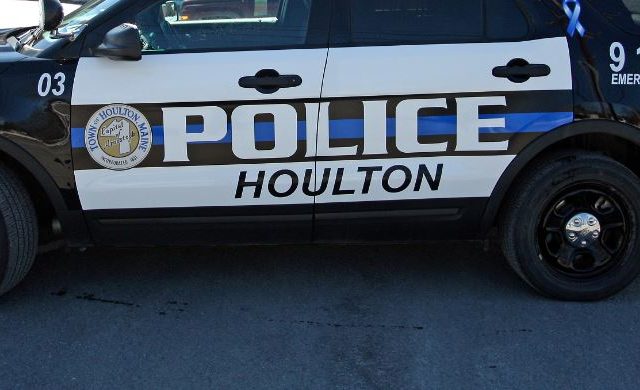 Joseph Cyr • March 2, 2020
Houlton Police Chief Tim DeLuca recently informed the Houlton Town Council of a plan to replace 14 body cameras for officers at a cost of about $27,240.

Houlton Police Chief Tim DeLuca recently informed the Houlton Town Council of a plan to replace 14 body cameras for officers at a cost of about $27,240. It marks the second time in about two years that the department has looked to replace its body cameras.

Back in April 2018, the department received a grant from the Aroostook County Emergency Management Agency to assist with the purchase of 10 officer body cameras. Those cameras were intended to replace ones purchased back in 2008, according to Chief DeLuca, but did not perform to expectations and forced the department back to its older models.

The department explored camera systems that would store the information on the “cloud,” but discovered that the annual fees for this service were around $40,000, which was deemed unmanageable for the small Houlton office.

Instead, the department is looking to purchase “WatchGuard” body cameras for its officers.

“To me body cameras are much more efficient and effective than in-car cameras,” the chief said. “We used this brand of camera in Old Orchard Beach for decades. They are tried and tested and a very good quality camera.”

Body cameras are one of the most important tools for an officer, according to the chief. “The footage is a document of an event,” he said. “It aids an officer when it comes time to write out the report of what happened.”

He added when an individual knows they are being recorded, it tends to change their demeanor, making them more compliant and courteous. It can also be a checks-and-balance for the officer as they know their actions are being recorded.

DeLuca asked the Houlton Town Council for permission to explore purchasing the cameras during a Feb. 24 meeting.

A portion of the funding for the body cameras will come from the department’s officer reimbursement account. Chief DeLuca explained that when an officer is hired by the Houlton Police Department and sent to the Police Academy for training, the town pays for that training. If the officer then leaves to join a different police department, the Houlton branch is eligible for reimbursement.

“By state statute, the department that hires away an officer must pay back the original hiring department,” he said. “We hired a young man, who graduated from the Academy and the very next day took a job with the Oxford County Sheriff’s Office.”

According to DeLuca, the purchase price to buy out an officer is $40,000 if an officer leaves within the first year of hire, an amount which becomes prorated every year for five years. His hope is to use up to $15,000 from this account to cover the cost of the cameras. The remaining $12,240 will need to come from another source.

“We are looking for ways to fund that amount,” the chief said. “It could be through our asset-forfeiture account or some other method.”

The department hopes to have the new cameras for officers by the end of May or first of June.

A familiar face to Aroostook County residents has announced her candidacy for the Maine State Senate.
Pets END_OF_DOCUMENT_TOKEN_TO_BE_REPLACED

One addition to last week’s “Kindness abounds” story on the generosity of local area youth: Just last week, 11-year-old Michaela stopped by the shelter armed with bags of dog and cat food and special treats.
What's Happening This Week END_OF_DOCUMENT_TOKEN_TO_BE_REPLACED