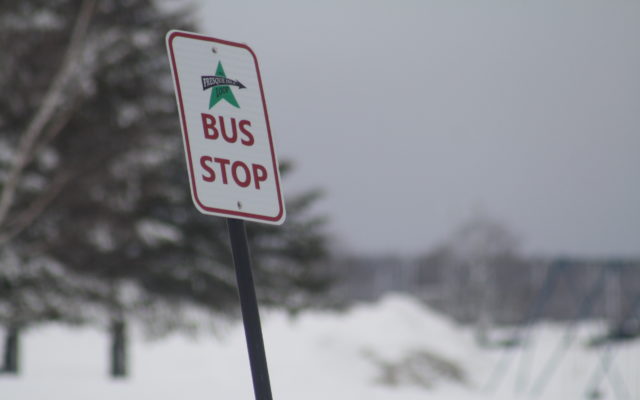 Amid suspension, Presque Isle Loop staff want bus back on road as soon as possible

David Marino Jr. • April 2, 2020
On Tuesday, four days after the Aroostook Regional Transportation System announced the suspension of the Presque Isle Loop, the leadership of the Going Places Network said its team hopes to get it back on the road as soon as possible.

PRESQUE ISLE, Maine — On Tuesday, four days after the Aroostook Regional Transportation System announced the suspension of the Presque Isle Loop, the leadership of the Going Places Network said its team was proud of the Loop’s ridership and hopes to get it back on the road as soon as possible.

Aroostook Regional Transportation System Executive Director David Dionne attributed the halting of the service to the COVID-19 pandemic and low ridership on Tuesday echoing a statement released by the organization on Friday.

Jamie Chandler and LeRae Kinney said that the Aroostook County Action Program would continue to be the fiscal sponsor of the Presque Isle Loop and the Going Places Network.

“We understand that many of our community members rely on the PI Loop for transportation,” Chandler and Kinney said. “The needs, as well as the safety of our community, continue to be our focus.”

Chandler and Kinney said that the Going Places Network team was pleased with the “strong” ridership numbers for the service.

While they acknowledged that the numbers were not as high as they hoped they would be at this point, they called them “strong, consistent and growing.” Additionally, they said the Maine Department of Transportation said it takes about three years for a flex route program to attain full ridership.

Chandler and Kinney said the community will need the Presque Isle Loop more than ever after COVID-19 stops affecting daily life and hope to be able to provide the service at that time.

Aroostook Regional Transportation System Director David Dionne said his organization made the “very difficult” decision to suspend the Presque Isle Loop because of COVID-19 and low-ridership.

He said it was part of a broader scaling back of the Aroostook Regional Transportation System’s operations, now limited to essential trips such as purchasing medicine or food and attending medical appointments.

The Going Places Network is a partnership between multiple agencies and organizations, including the Aroostook County Action Program, City of Presque Isle, Aroostook Agency on Aging, Aroostook Council for Healthy Families, SAD 1 and United Way of Aroostook.

The Presque Isle Loop was run as a partnership between the network and the Aroostook Regional Transportation System, who was the transportation partner.