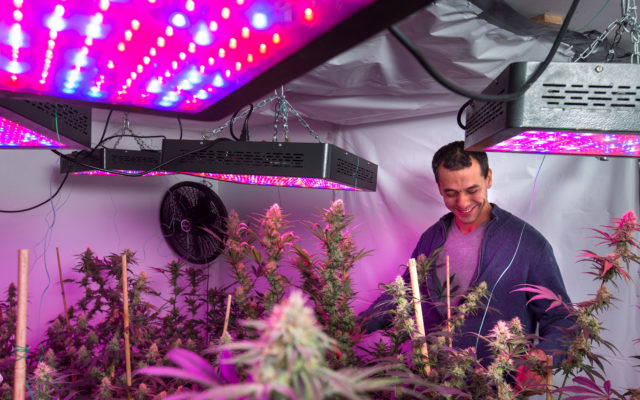 David Marino Jr. • April 20, 2020
For the first time, medical marijuana users in the Star City won’t need to leave town to get their cannabis products in a store.

PRESQUE ISLE, Maine — For the first time, medical marijuana users in the Star City won’t need to leave town to get their cannabis products in a store.

Owner Benny Carrasco said Northern Maine Flower would open at 540 Main St. in Presque Isle sometime in the next two months, and would feature several marijuana strains, concentrates and edibles, along with CBD products.

As with other medical marijuana shops in Maine, customers will be required to obtain medical marijuana certification from the state before they can purchase the store’s cannabis products. Carrasco did not discount the store selling for recreational use in the future, but said it was currently focusing its efforts toward medical sales.

Carrasco — who also owns the medical marijuana store Central Maine Flower in Lewiston — said some products will come from the Lewiston area, but he hopes to stock many from County growers and manufacturers.

“There are some fantastic companies that have popped up over the last few years,” Carrasco said. “We’re looking to support them and showcase their products as well.”

Carrasco said his Lewiston shop prides itself on personalized, patient-friendly service. He hopes to bring the same attitude to Presque Isle.

“We’d be doing a disservice if we weren’t putting the best products on the shelf,” Carrasco said.

Their methods seem to be translating to consumer satisfaction in Lewiston: Central Maine Flower earned a 4.9/5 rating from more than a hundred customers on the marijuana resource site Leafly.

He had initially hoped to have the Presque Isle store open by mid-April, but the COVID-19 pandemic and resulting state regulations caused him to push that date back.

He plans on working with city officials to ensure that they are on the same page on how the dispensary will open and operate amid the pandemic.

Medical marijuana is deemed an essential service by the state, but Carrasco said Central Maine Flower is currently only providing curbside pickup and delivery services to ensure the safety of staff and customers. He expects a similar arrangement in Presque Isle.

Carrasco said he believes it is important to open “as soon as possible.” He said that for many medical marijuana patients, access to cannabis products permits a sense of “normalcy” during difficult times.

According to data from the Maine Office of Marijuana Policy, in 2019 there were six medical marijuana providers in Aroostook County.

Central Maine Flower is the first marijuana shop authorized under the Adult Use and Medical Marijuana Business Ordinance passed on Jan. 23, though medical marijuana sales were already legal in Presque Isle.

For the first time since 2019, there is competition for open seats on the Houlton Town Council
Pets END_OF_DOCUMENT_TOKEN_TO_BE_REPLACED

We hope everyone enjoyed a wonderful holiday season and is looking forward to the new year.  December was a busy month at the Central Aroostook Humane Society with so many people and businesses bringing in much-needed supplies and monetary donations, which help us to take care of the special temporary pets in our care.
What's Happening This Week END_OF_DOCUMENT_TOKEN_TO_BE_REPLACED