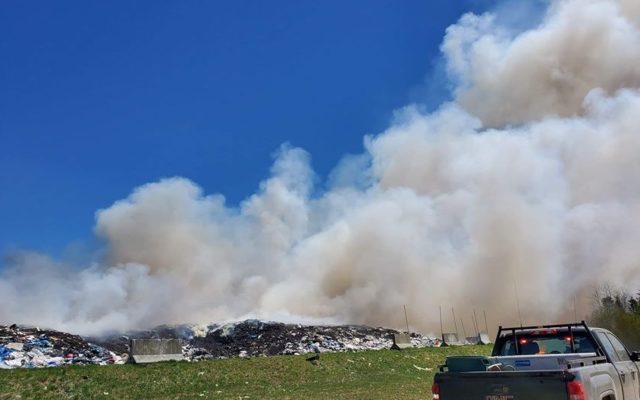 The fire was reported to the department around 12:45 p.m. Presque Isle Fire Capt. Lon Cyr said. The cause the blaze has not been determined.

The fire was contained entirely in the landfill and did not affect nearby grass or forests, Cyr. said No injuries were reported.

Firefighters returned to the landfill twice to contain hotspots — at 8 p.m. on Saturday and 5 a.m. on Sunday, Presque Isle Fire said.

The Maine Forest Rangers did not immediately respond to a request for comment concerning its role in fighting the fire.

Just when we thought we were out of the woods with kitten season, it has hit full force.  The past few days have been difficult answering the phone and hearing the stories of why people have litters of kittens they need to surrender.
Campaign Corner END_OF_DOCUMENT_TOKEN_TO_BE_REPLACED