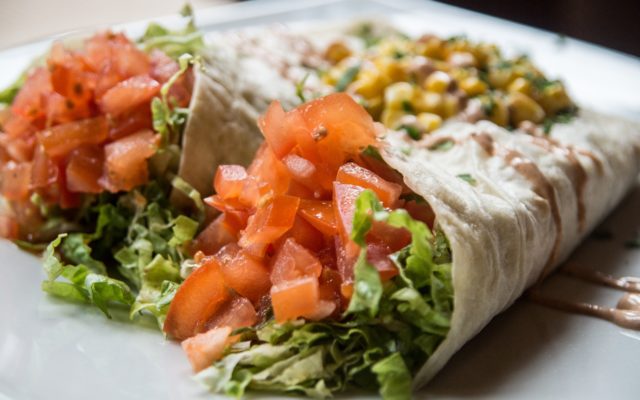 David Marino Jr. • May 27, 2020
Pronto Burrito may not open at Aroostook Centre Mall until early July, but the company president already has huge plans for the Tex Mex restaurant.

PRESQUE ISLE, Maine — Pronto Burrito may not open at Aroostook Centre Mall until early July, but the company president already has huge plans for the Tex Mex restaurant.

With original homemade salsas and fresh ingredients, Pronto Burrito president Jasper Ieronimo hopes to use word-of-mouth to build a chain of restaurants across Maine, beginning in the Star City, he said. Ideally, he hopes to have 10 locations in the next three to five years.

“We’re going to create this chain right here,” Ieronimo said. “So, that one day, when you walk in in Bangor or Augusta, you know that this thing came from The County.”

Ieronimo said he first hatched the plan around 2018. A big fan of Mexican food himself, he noticed the shortage of options available from his home in Van Buren, especially Tex Mex, or the kind of fast-casual Mexican restaurants that continue to grow across the country.

While Chipotle and Qdoba continue to gain popularity, they have yet to make their way to The County. The nearest Chipotle is in Bangor, while the nearest Qdoba in South Portland.

The County’s only Mexican restaurants are in Presque Isle, which has Mainely Mexican and Taco Bell. But for Ieronimo, neither offers the customizable Mexican experience available in much of the U.S.

With little direct competition in the area, Ieronimo hopes to distinguish his restaurant by bringing a uniquely County variant of those establishments, with an emphasis on freshness.

He is especially proud that the three or four salsas the restaurant will offer, ranging from sweet to hot, will be made fresh from unique recipes. Guacamole and churros will also be freshly prepared.

“Every morning, we’ll go in and make these salsas from fresh tomatillos, fresh onions,” Ieronimo said. “You’ll taste that, farm-fresh, just right there.”

While the company is still revising the menu, the plan is to have three main options: burritos, burrito bowls and tacos, with customers being able to add either chicken, carnitas or beef. Plant-based options, including imitation beef, are also planned.

He and his company, Ieronimo Holdings, don’t want to stop at Presque Isle. Ieronimo said on May 21 they had secured a second location at 118 Bennett Dr. in Caribou, which he said would open “later this summer.”

The company hadn’t initially planned for a site in Caribou, but a groundswell of support flowed in from residents. Hundreds contacted Pronto Burrito via Facebook, many asking if it could bring the prospective chain to Caribou.

Caribou had sent Ieronimo potential properties for the location, city manager Dennis Marker said at the Caribou City Council meeting on May 18. An official announcement regarding a location could come very soon, Ieronimo said.

They are also currently looking into beginning locations in Van Buren, Houlton, Bangor and Augusta.

The restaurant will open amid the COVID-19 pandemic, as restaurants in The County begin to partially re-open for dine-in services. The timing is not a coincidence, according to Ieronimo.

The initial plan was to begin the rollout in 2021. But with restaurants closing and many people unemployed because of the virus, Ieronimo said the company wanted to send a “spark of light” during a difficult time, and potentially offer new jobs for those who need them.

The restaurant also hopes to increase business at the Aroostook Centre Mall, which has struggled at times to attract customers. Pronto Burrito will be open in the mall’s food court next to Chopsticks.

“We’re hoping we can help drive traffic,” Ieronimo said. “The amount of attention we are getting hopefully will help that mall as well.”

The Aroostook Centre Mall is excited to bring the unique concept to their complex, operations manager Kyle Bard said.

The company plans a grand opening in July. Ieronimo said they would focus on conducting the opening “responsibly,” maintaining social distance rules if there is a large crowd.

Until then, Ieronimo hopes to continue to publicize his new business over Facebook and other mediums.

“400 private messages on the first day, if that’s a sign that people want something new,” Ieronimo said. “It’s insane, the buzz that we’ve seen from this.”

I was mentioning to our board of directors this past week that I got a quarterly report from a large online retailer who will donate a portion of my purchases to a charity I select.
Campaign Corner END_OF_DOCUMENT_TOKEN_TO_BE_REPLACED