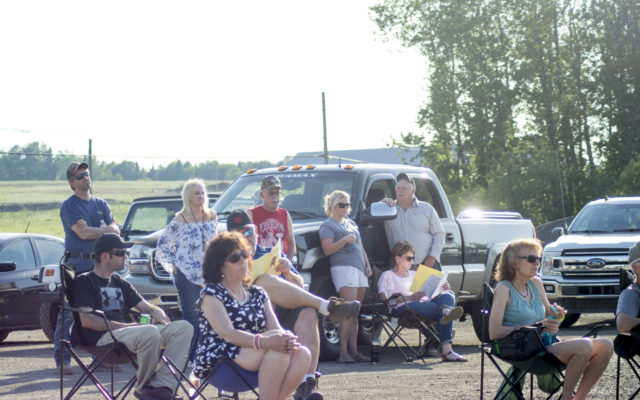 Chris Bouchard • June 23, 2020
All 30 warrant articles passed, but a $700 payment for the Woodland Historical Society was removed from Article 22, which includes various social services offered by the town.

WOODLAND, Maine — Woodland residents passed a $1,183,328 budget during their June 18 annual town meeting, which was held outside to coincide with social distancing guidelines amid the COVID-19 pandemic.

Moderator Harold Tardy began by reading the election results, in which Scott Dow won the selectboard position with 71 votes. Dow will replace Carl Grant on the town’s selectboard. For the school board, Heather Pelletier and Travis Prashaw won with votes of 55 and 49, respectively.

Out of the town’s three selectmen, only Tom Drew was present for the town meeting. According to the town office, Selectman Will Barnum was unable to attend due to a work conflict and Grant had a prior engagement.

All 30 warrant articles passed, but a $700 payment for the Woodland Historical Society was removed from Article 22, which includes various social services offered by the town.

One of the roughly 20 residents attending said a member of the historical society told him that the state has placed the group on a one-year grace period due to a shortage of officers.

He said if they do not fill the empty positions by the end of the year, the state would disband the organization and take the $13,000 in the group’s bank account.

“So if people in town want to have a historical society, somebody’s got to start showing up,” he said.

Caribou city officials had said the increased rates to Woodland and surrounding towns were made as state and federal insurance revenues are no longer sustaining the city’s fire and ambulance service, and that the increase is necessary to keep the department operational. Caribou city councilors also have said that the per capita rate increase to surrounding towns from $11.50 to $100 would be more in line with what Caribou city residents pay for the service.

Municipal officials in Woodland and most surrounding towns ultimately accepted the proposal, but were critical of the city’s decision to give them a relatively small window of time to make a choice.

One resident asked Drew if Caribou gave the town any room to negotiate.

“They gave us no room to negotiate,” said Drew. “They gave us options. One thing I would be leary of is any contract that has the word ‘if’ in it,” referring to a significantly less expensive option in which Caribou would charge $500 per call and crews would respond if they were available.

He said that while, in his opinion, the Caribou City Council did not weigh how this would affect vulnerable residents in surrounding towns on fixed incomes, he was ultimately influenced to accept the proposal when taking the lives of the town’s residents into consideration.

“The best decision that could be made at the time would be to make sure that when people pick up the phone with chest pains, or if they fell off the roof shoveling snow, they were gonna get a ride — and if that ride didn’t come, then the people offering the ride would be liable for that life,” Drew said.

The motion to approve the new ambulance fees passed with only one in the audience opposed.

A second town meeting outside the town office garage to approve the school budget will be held on June 30 at 6 p.m.

I was mentioning to our board of directors this past week that I got a quarterly report from a large online retailer who will donate a portion of my purchases to a charity I select.
Campaign Corner END_OF_DOCUMENT_TOKEN_TO_BE_REPLACED