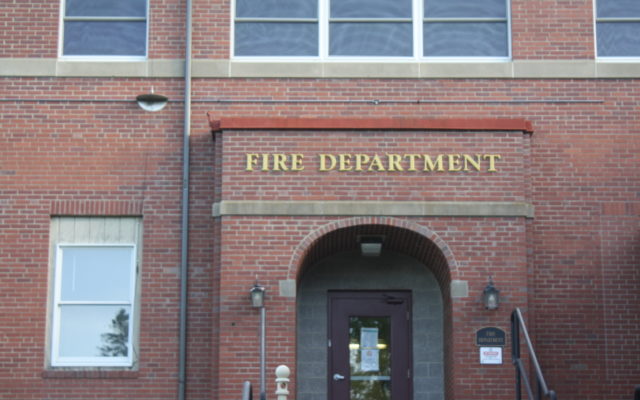 David Marino Jr. • June 26, 2020
Several police officers and firefighters who were potentially exposed to the new coronavirus during an EMT course have twice negative for coronavirus twice and were leaving quarantine, Fort Fairfield police said Friday.

FORT FAIRFIELD, Maine — Several police officers and firefighters who were potentially exposed to the new coronavirus during an EMT course have twice negative for coronavirus twice and were leaving quarantine, Fort Fairfield police said Friday.

Fort Fairfield Fire Department held an EMT training course featuring six students and one instructor on Saturday. Later that day, one of the people attending that course was informed they had been in contact with someone confirmed to have COVID-19, the illness caused by the coronavirus.

With the EMT incident receiving publicity around the time of the news of an outbreak of the virus in Houlton, many believed the two events could represent a problematic new phase for Aroostook County. While active cases in The County have risen to 11, it does not appear anyone was infected due to the Fort Fairfield incident.

Newell had said Tuesday that Fort Fairfield police and the Maine Center for Disease Control and Prevention were investigating whether the incident was linked to an outbreak of the virus in Houlton that has resulted in nine new positive cases thus far. He said his department was still unsure if Houlton’s outbreak played a role on Friday.

The decision to release staff members from quarantine on Friday came after discussions with the Maine CDC, Newell said.

The virus scare had been difficult for affected staff as well as the greater Fort Fairfield community, Newell said. He thanked residents for their support of town employees and the Aroostook County Sheriff’s Office for patrolling Fort Fairfield while two Fort Fairfield P.D. officers were quarantined.

“To say this has been a difficult week for the town, its staff, and our community, is an understatement,” Newell said. “I commend our staff for their diligence during this time and recognize this hasn’t been easy for their families either.”

We include them in our family portraits, make room for them on our beds, tell them our deepest secrets and miss work when they’re sick. And whether they paw, fly or swim their way into our hearts, pets are an important part of our lives.
Campaign Corner END_OF_DOCUMENT_TOKEN_TO_BE_REPLACED