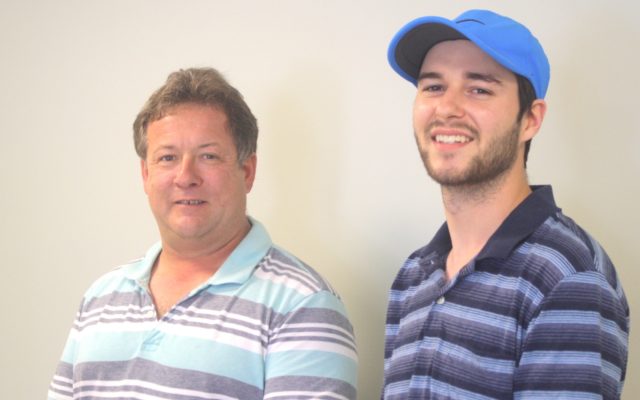 David Marino Jr. • June 29, 2020
A Presque Isle staple that closed amid the COVID-19 pandemic will be rebranding itself as a medical marijuana shop.

PRESQUE ISLE, Maine — A Presque Isle staple that closed amid the COVID-19 pandemic will be rebranding itself as a medical marijuana shop.

Many once knew JP Market & Deli — in business since 1973 before closing this year — for having the coldest beer in town, straight from the store’s walk-in cooler. Now, Star City Wellness co-owners Joe Pelkey and Chase Norton say they plan to bring high-quality cannabis to 694 Main St. sometime in the fall.

Star City Wellness has already received the approval from city officials. If approved by Presque Isle’s city council on Wednesday, July 1, it will become the second medical marijuana shop to open in the Star City since the council passed a recreational marijuana ordinance in January.

Along with several strains of the cannabis plant, medical marijuana patients will be able to purchase edibles, concentrates (popularly known as “dabs”) and vaping products in the store. Those without cards will be able to shop in a separate section, where CBD products, pipes and candy will be for sale.

Pelkey, who owned and operated JP Market for more than a decade, said the COVID-19 pandemic had been the “final nail in the coffin” for the convenience store. As a longtime marijuana smoker himself, Pelkey said he saw a lot of potential in Presque Isle’s nascent cannabis industry.

“We’re not folding,” Pelkey said. “Just changing with the times.”

The shop will begin as a medical marijuana shop, though Pelkey and Norton hope to sell for recreational purposes eventually. Under the city of Presque Isle’s marijuana ordinance, medical shops can switch to recreational use if they pay a fee and receive city approval.

Four years after Maine voters approved legalization in a referendum, there are still no recreational marijuana shops in Maine.

David Heidrich, director of engagement and community outreach at the Maine Office of Marijuana Policy, said the department was waiting on municipalities to issue authorizations for recreational marijuana shops and testing facilities — as well as to ensure the success of supply lines — before launching the industry.

The COVID-19 pandemic had also played a role in delaying the launch of the recreational sales industry in Maine, with officials needing to ensure that public safety is ensured in launching an industry that will draw “several consumers together,” Heidrich said.

While they await recreational sales, Norton said acquiring a medical marijuana card was easier than ever. Doctors award cards for a variety of ailments — from physical problems like back pain to mental issues like Post-Traumatic Stress Disorder. Star City Wellness will also assist customers looking to get cards, Pelkey said.

Whatever conception people once had about the average marijuana user, Pelkey and Norton said legalization had made use in the County far less taboo. Scores of people were now smoking cannabis — many of whom you would never expect — from twenty-somethings to businesspeople.

Just as Presque Isle is the commercial center for Aroostook County, Norton hopes to attract customers far beyond the Star City, from Houlton to Fort Kent. Having driven to Bangor for marijuana several times, he knows that smokers will go long distances for the right product.

“There’s no one up here doing it,” Norton said. “Presque Isle’s the most happening town [in the County], and we have the least number of dispensaries.”

Norton and Pelkey did not expect any issues gaining approval for the project from the Presque Isle City Council, who unanimously approved Northern Maine Flower in April. As he and Norton work to jumpstart the business — including hiring workers and constructing a new interior — Pelkey said he looked forward to building up a devoted clientele.

“If you got a good product and the word gets out, they are going to come here,” Pelkey said.

For the first time since 2019, there is competition for open seats on the Houlton Town Council
Pets END_OF_DOCUMENT_TOKEN_TO_BE_REPLACED

We hope everyone enjoyed a wonderful holiday season and is looking forward to the new year.  December was a busy month at the Central Aroostook Humane Society with so many people and businesses bringing in much-needed supplies and monetary donations, which help us to take care of the special temporary pets in our care.
What's Happening This Week END_OF_DOCUMENT_TOKEN_TO_BE_REPLACED