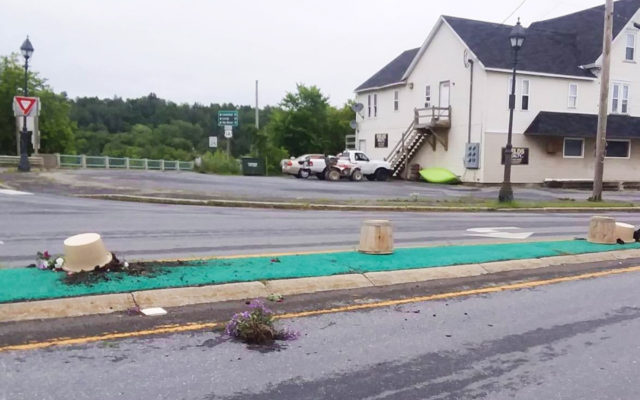 David Marino Jr. • July 8, 2020
Fort Fairfield Police are investigating what is believed to be a series of vandalism incidents in the town late on Tuesday.

FORT FAIRFIELD, Maine — Fort Fairfield Police are investigating what is believed to be a series of vandalism incidents in the town late on Tuesday, according to the department.

Several potted plants were vandalized, including one upturned in front of Boondocks Grille. A sign near Mapleton Oil Company was also knocked over. The damage appears to be centered around Fort Fairfield’s Main Street, police said.

In a Facebook post on Wednesday, the department called the vandalism “pathetic.” It said it was working with local businesses to see if the perpetrator or perpetrators were caught performing the actions on camera.

The town of Fort Fairfield also released a statement about the incident over Facebook on Wednesday, calling the wanton destruction of property in its tight-knit community a shame. 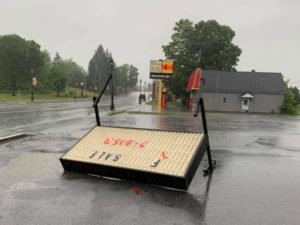 “Our residents put a lot of time and even money into these flowers to make our town look beautiful,” the post said. “I hope the person(s) come forward and make this right.”

Smith’s Greenhouses in Mapleton offered to “repair and refill” the pots for the town after hearing about the incident on Wednesday, a gesture Police Chief Shawn Newell praised for its generosity. Police said public works crews would gather the broken pots and bring them to Smith’s.

“On behalf of the town, thank you for all you’re doing to help us restore this act of vandalism,” Newell said.

Fort Fairfield Police asked that anyone who witnessed the vandalism late Tuesday call the department at 207-472-3808 or Aroostook County Crime Stoppers at 1-800-638-8477.