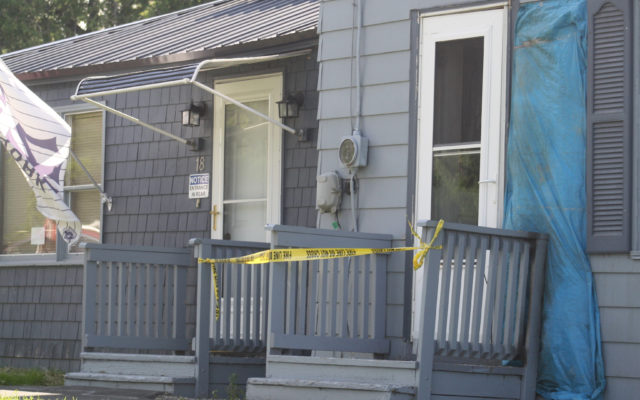 David Marino Jr. • July 23, 2020
A fire at a home in Fort Fairfield on Wednesday, July 22, left a resident displaced and a house with extensive damage.

FORT FAIRFIELD, Maine — A fire at a home in Fort Fairfield on Wednesday, July 22, left a resident displaced and a house with extensive damage.

Around 3:45 p.m., the Fort Fairfield Fire Department received a report of a structure fire at a residence on 18 Milk St. When firefighters arrived, they found smoke billowing from the roof and the homeowner spraying water on an exterior wall.

The name of the homeowner was not released by the fire department. Authorities said the fire began inside a wall and quickly traveled into the second story and attic of the home. An interior wall received substantial damage.

Firefighters from Fort Fairfield Fire, Easton Fire and Presque Isle Fire worked together to fight the flames. Public Safety Director Shawn Newell credited the quick response from crews for preventing the loss of the home.

The homeowner — who was checked on by Presque Isle Fire and Rescue personnel as a precaution and released — was displaced by the fire due to damage to their home. The American Red Cross of the Northern New England Region assisted the homeowner. On Wednesday night, it said it was helping meet their immediate needs, including food and housing.

Newell said the cause of the fire has not yet been determined. It is not being treated as suspicious by authorities.

It was Fort Fairfield’s third fire in one week. Firefighters extinguished a brush fire on South Caribou Road and a kitchen fire at Fields Lane, both on Sunday.