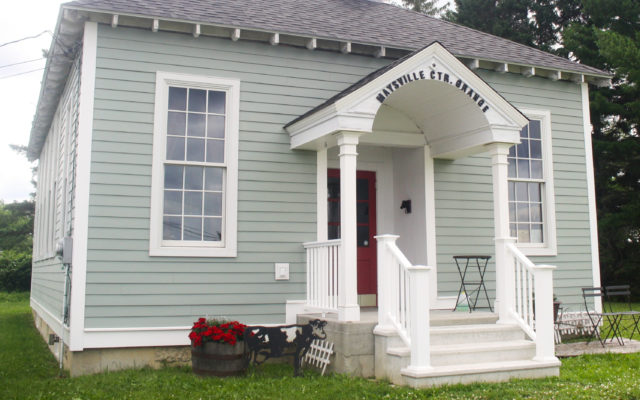 Maysville Museum is open to showcase Presque Isle’s past, with safety restrictions

David Marino Jr. • July 28, 2020
For many in The County, museums are one of the best places for inexpensive, educational fun in the summertime. And despite the COVID-19 pandemic, the Presque Isle Historical Society is happy to welcome patrons to the historical Maysville Museum.

PRESQUE ISLE, Maine — For many in The County, museums are one of the best places for inexpensive, educational fun in the summertime. And despite the COVID-19 pandemic, the Presque Isle Historical Society is happy to welcome patrons to the historical Maysville Museum, albeit with restrictions.

The museum, which is located at 165 Caribou Rd. at the corner of Brewer Road, features returning exhibits on the Aroostook War, Presque Isle’s role in the American Civil War and one-room schoolhouses, along with new displays that highlight Maine’s bicentennial and the 100th anniversary of the 19th Amendment, which gave women the right to vote nationwide. 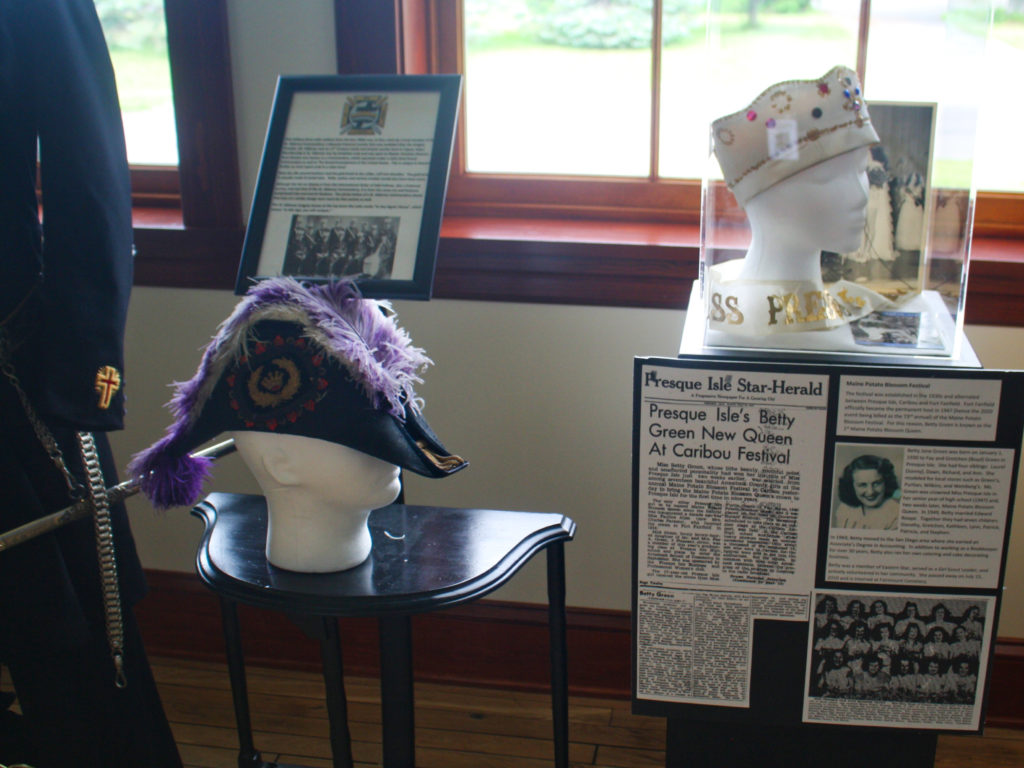 Exhibits on display at the Maysville Museum, including one on the Maine Potato Blossom Queen contest of 1947, in Presque Isle on Monday, July 27. (David Marino Jr.)

The museum opened with free admission on June 20. However, its opening during a pandemic is only possible with restrictions. Several have been instituted at the museum. Face coverings are required for all guests, patrons must wear gloves (provided by the museum) if they want to touch any surfaces, and only five people can be inside the museum at once.

A sign at the front of the entrance also asks that visitors not enter if they have shown signs of COVID-19, are not feeling well, have been around someone who is sick or have been out of state in the last two weeks.

While opening a museum during a pandemic is possible, it isn’t always easy. Historical Society secretary and treasurer Kimberly Smith said visitorship was “way down,” compared to past years.

The Presque Isle Historical Society bought the building for $10,000 in 2011 and invested nearly $100,000 to repair and renovate the museum before it opened to the public in 2017. 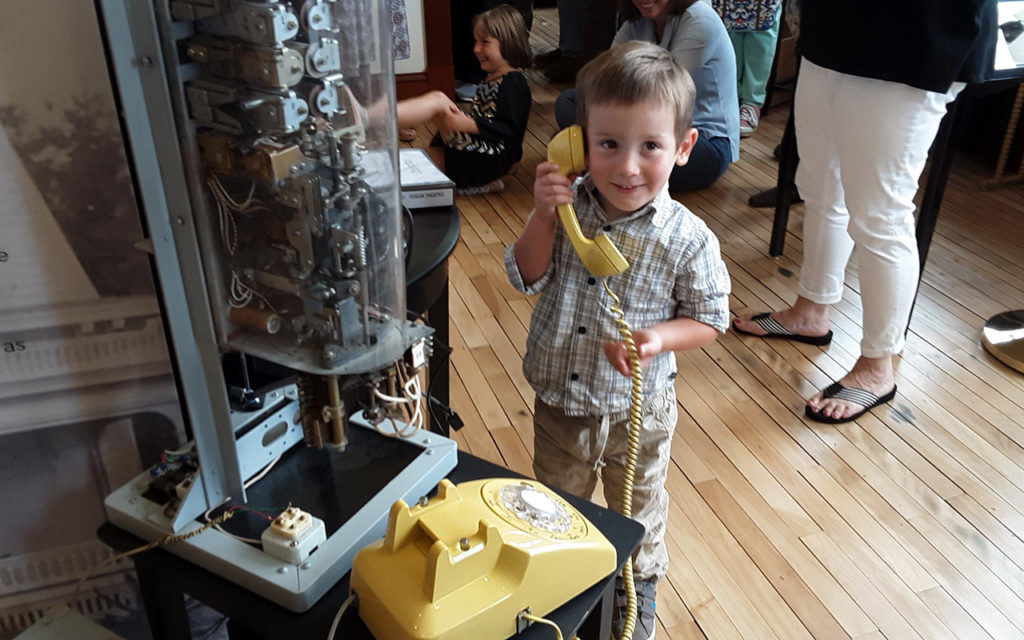 Simon Hankins, 3, talks on an antique rotary phone during the opening of the Maysville Museum’s “Talking Wires” exhibit in 2018. (File Photo/Melissa Lizotte)

The original building burned down in 1916. A new structure was built, and in 1939 that also burned down and was rebuilt. According to the historical society, the Grange dissolved in the 1980s and the building’s ownership passed to the city, and then in 1996 to an individual. A 2004 fire damaged part of the building, which remained empty until the society purchased it in 2011.

The Maysville Museum is currently open from 10 a.m. to 2 p.m. from Monday to Thursday. The museum also opens on Friday and Saturdays when volunteers are available.