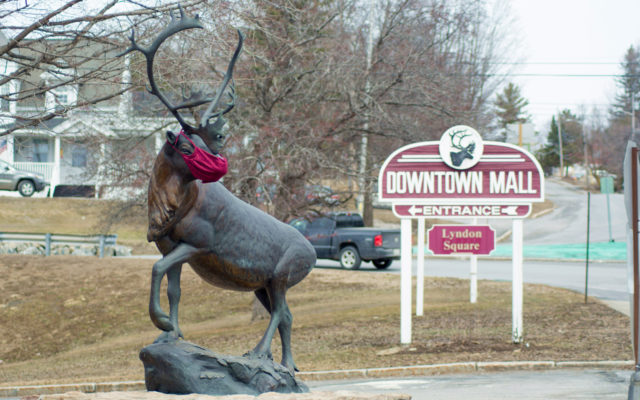 Caribou council continues to look for budget savings and cuts

Chris Bouchard • July 30, 2020
City officials presented councilors with a total of $170,000 that could be cut from capital projects, but the council decided to table the matter until a future meeting after they have had time to consider the reductions.

CARIBOU, Maine — Caribou City Council discussed possibilities for additional savings throughout the year during its meeting on Monday.

City officials presented councilors with a total of $170,000 that could be cut from capital projects, but the council decided to table the matter until a future meeting after they have had time to consider the reductions.

Earlier this month, the council set the mill rate to 23.55, a reduction of one mill from last year. In order to meet a budgeting shortfall, $170,000 was taken from annual appropriations, an overlay of zero was set, and $238,749 worth of reserve account, or rainy day fund, money was set as a place-holder for additional savings that could be found throughout the year.

In the council packet memo, Caribou City Manager Dennis Marker wrote that this year’s budget commitment process has tasked city staff with finding more than $408,000 in cuts or savings in order to prevent the use of rainy day funds.

Based on mid-July financial information, Marker said this number may now be closer to $470,000. Marker said the city’s recommendation is that the first $170,000 of this be cut from the capital projects budget in order to reduce the impact on the operation budget.

The cuts come primarily from projects that were placed on hold or would not likely occur this year. As of late July, the proposed cuts are not final, and only suggestions presented to the city council as possible cost-saving measures.

Marker said the city is still trying to identify about $240,000 that could be cut or saved from the operation budget, either through savings or additional revenues.

He said the city expects to see additional revenue come in throughout the year, adding that last week the city received more than $10,000 from Workers Compensation as a dividend check, and that Caribou Police Chief Michael Gahagan recently said that department received about $5,000 worth of unanticipated revenue.

COVID-19 has also inadvertently resulted in some savings, with fewer part-time staff needed with the reduction of sports programs at the recreation center, Marker said.

Councilor Joan Theriault, who was opposed to a one mill reduction during the last meeting, said this year’s savings are for projects that would likely need to go into next year’s budget, and that she was concerned it could result in a future mill rate increase.

She also asked if the city planned on filling vacant positions this year.

“It’s my understanding that we are down two cops, the highway department is down and the library may have someone leaving,” she said. “Are you not going to fill these vacancies to take care of this money we need, or are we going to bite the bullet and use this rainy day fund to take care of some of the problems we’re going to have because of the mill decrease?”

Theriault said she’s spoken with several Caribou residents who are unhappy with the mill reduction.

“They live here because of the services and amenities we have, not in spite of them. They’re fine with paying taxes for what we have,” she said. A good example of this would be the vote for the RSU 39 budget, in which residents were overwhelmingly in favor of seeing their tax dollars fund the school and its programs, she said.

Councilor Doug Morrell, who has served on the city council in the past, said he has also spoken with a great deal of residents since his first term and current term who are unhappy with increases. He said he has heard nothing but positive comments concerning the city’s mill reduction.

“Those of us who are in the business community think we’re too top heavy for this community for what we’ve got,” he said, adding that there are two ways to look at this issue, but that he is opposed to using the reserve funds to meet the shortfall.

Mayor Mark Goughan entertained a motion to accept the $170,000 cuts presented to the council, but it did not receive a second. Morrell then made a motion to table the proposed $170,000 cuts, suggesting that the council could spend a bit more time brainstorming their options. All present councilors unanimously approved the motion.

Councilors Jody Smith and Nicole Cote were absent and excused from the meeting.