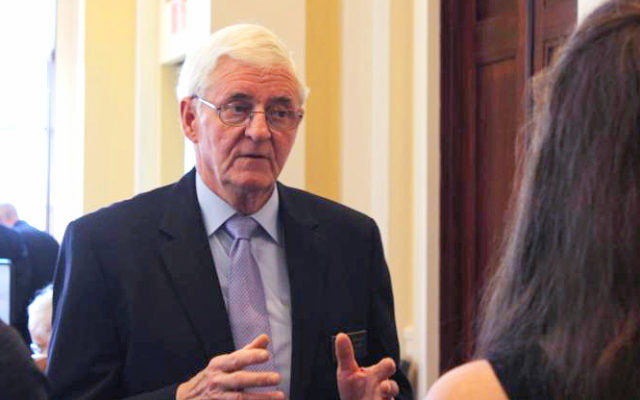 Just like you, I want to get back to work

Sen. Mike Carpenter, D-Houlton • August 27, 2020
I don’t know anyone who likes to leave work half-done. But when the Maine Legislature adjourned early in March because of the COVID-19 pandemic, that’s what we did.

I don’t know anyone who likes to leave work half-done. But when the Maine Legislature adjourned early in March because of the COVID-19 pandemic, that’s what we did. At the time, however, Republicans and Democrats alike agreed that in order to protect the health and well-being of Maine people, it was the right thing to do.

Earlier this spring, my Republican colleagues began calling for the Legislature to come back to session. While I didn’t agree with all of their arguments, I understood the call to get back to work. After all, when we adjourned in March, it was with the understanding that we would come back, once it was safe, to finish what we had left off.

Then something strange happened: A few months later, Senate President Troy Jackson and House Speaker Sara Gideon polled legislators to see if we were willing to come back for a session in August, in accordance with their Constitutional authority. I voted in favor of safely returning, as did every other Democratic, Independent and Tribal member of the Legislature. But the vast majority of Republican lawmakers didn’t answer the poll at all. Their leaders claimed they held their own internal poll, and a majority of Republicans didn’t want to come back in August. Now, because of Maine’s laws, you can see how those who actually participated in the poll answered. But I’ve yet to see the numbers from this other internal poll.

Republican leaders said they were concerned about the scope of a possible special session. They said they didn’t want to come back for an extended period of time — honestly, neither do I. I think all lawmakers agree that we want to wrap things up as quickly as possible.

After this first poll was taken, legislative Committees — including the Judiciary Committee, which I chair — began meeting again, with physical distance guidelines, to vote on the bills we still had to take care of. This process narrowed down which bills we support and think should go to the full Legislature for consideration. Bills under committees’ would have helped small businesses hurt by the COVID-19 pandemic, supported struggling restaurants and bars, bolster services for Maine veterans, updated tribal sovereignty statutes, and other critical issues.

Through this process of rational debate, a full 74 percent of bills received bipartisan support, and nearly half received unanimous support. To me, that’s a clear indication of what Republicans agreed should be voted on in the special session. With this great show of bipartisan cooperation and agreement, I felt optimistic that we could all come to an understanding and return to Augusta to wrap things up — keeping a promise we made to the people of Maine and to each other.

Imagine my shock when a vast majority of Republican legislators again refused to respond to a poll asking if they were willing to come back for a special session. This dereliction of duty is beyond disappointing. No one hired to do a job could ever get away with doing just the parts they like.

I know this can sound like this is just another partisan squabble — another “us versus them” debate. But there were a few Republican legislators principled enough to at least make their stance public by responding to the polls. So for me, it’s not about Democrats versus Republicans. The divide is something much uglier: There are those who genuinely want to get back to work, and those who are just making a lot of noise about it.

It would be generous to say the bills we all worked on and approved are hanging in limbo. The reality is that they are likely dead (an official legislative term) and will need to be resubmitted next year. That means all the hard work and time invested by committee members has gone to waste. All because certain lawmakers would rather raise a stink than do the work they know needs to be done.

For my part, I’m still here for you. I know this is a hard time for all of us. If you ever need anything, please don’t hesitate to email me at Mike.Carpenter@legislature.maine.gov or call my office at 287-1515 or my personal number at 532-8197. I know you elected me to work for you, and that’s exactly what I’m going to keep doing.