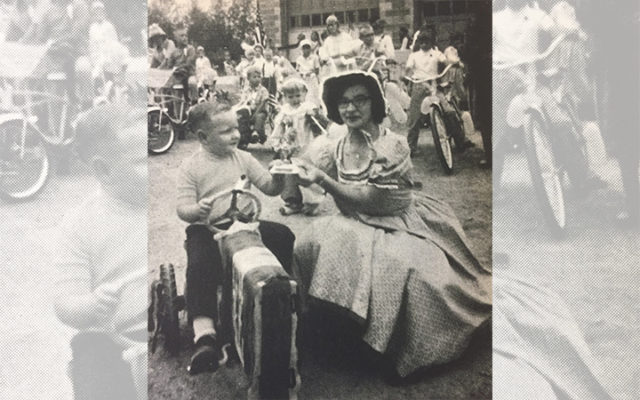 Compiled by Beth LaCombe, Special to The County • September 2, 2020
The new Vaughn House was formerly opened to the public last Saturday when 70 to 80 people took advantage of C.W. Merrill’s invitation to inspect the new building.

New building – – The new Vaughn House was formerly opened to the public last Saturday when 70 to 80 people took advantage of C.W. Merrill’s invitation to inspect the new building.

Car ride –A number of children, a few over 50, who had never had an automobile ride, were given a treat Tuesday afternoon when they were conveyed to Thomas Grove in New Sweden where a picnic supper was served.

Katahdin to build new creamery plant — The Katahdin Creamery expects to start construction right away on a new $18,000 plant on the Presque Isle Road, opposite the old ski jump. Work will start next month. The new plant will be a 75 x 40 foot wood structure. They hope to be ready by the new year to open.

Shopping center scheduled for February grand opening — A giant shopping complex is rapidly taking shape off Access Highway in Caribou. First National is staying with its plan to open the 95,605 square foot complex that W.T. Grant was nearly completed in February.

Fort Fairfield craft shop captures QVC spotlight — Cozy Corner Collectibles of Fort Fairfield has been named one of the “State’s” best kept secrets, as it earned a spot on QVC’s Quest of America’s Best – The 50 in 50 Tour. The business will feature a pressed tin shade along with a base and with a Village Candle during the live broadcast scheduled for Saturday, Sept. 9, from 2-5 pm.

Magnet school opens — It was a joyous day for the Limestone Community and the people of Maine who witnessed the grand opening of the new Maine School of Science and Mathematics in Limestone Tuesday morning. It is the first magnet school in the nation within a public school setting.  The school has 135 registered students.