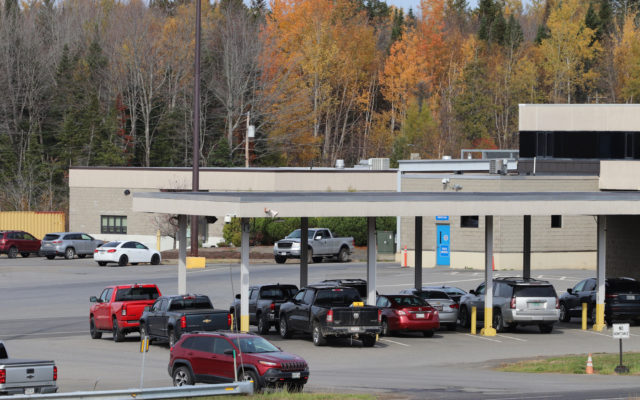 Alexander MacDougall • October 19, 2020
Until the U.S. can stem its rise in COVID-19 cases, Canadian Prime Minister Justin Trudeau said the plan is to keep the border between the two countries closed.

HOULTON, Maine — Until the U.S. can stem its rise in COVID-19 cases, Canadian Prime Minister Justin Trudeau said the plan is to keep the border between the two countries closed.

The U.S. and Canada have once again extended the closure of the world’s largest land border between the two countries, and Trudeau suggested it could be much longer before the border is reopened.

The official announcement, made by Canadian Minister of Public Safety and Emergency Preparedness Bill Blair, extends the border closure until at least Nov. 21. But with both countries experiencing a rise in COVID-19 cases, the indication is that the border closure is to extend far beyond that date.

In a recent interview on a Canadian podcast, Trudeau stated that as long as the United States is unable to reduce the number of COVID-19 cases, the plan is to keep the border closed. Last Friday, the United States saw 70,000 new confirmed cases, the highest in a single day since July.

“We have committed to keeping Canadians safe, and we keep extending the border closures because the United States is not in a place where we would feel comfortable opening those borders,” Trudeau said. “We will continue to make sure that Canadian safety is top of mind when we move forward.”

While the border has been closed since March, Canada has made exceptions for trucks carrying traded goods and for family members, recently extending the latter exception to include couples and extended relatives.

Along with the United States, Canada is also seeing a second-wave of COVID-19 cases, recording a record-high 4,042 daily cases on Oct. 13. The United States has recorded over 8 million cases of COVID-19 since the start of the pandemic, while Canada recently exceeded 200,000 cases.