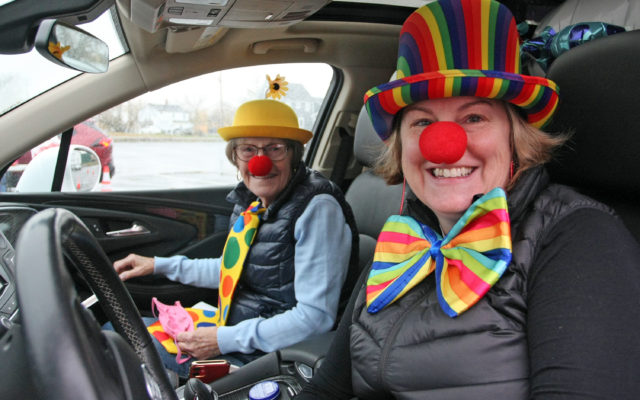 Joseph Cyr • October 20, 2020
A steady drizzle Saturday morning could not dampen the spirits of the many people who gathered for the 15th annual Bridge to Hope cancer event.

HOULTON, Maine — A steady drizzle Saturday morning could not dampen the spirits of the many people who gathered for the 15th annual Bridge to Hope cancer event.

Traditionally held as a walk, drawing upwards of 300 people depending on the year, this year’s event was changed to a “Cruisin’ for Cancer” motorcade through the Shiretown because of COVID-19 and the state regulations on how many people can gather at one time.

Once again, the generosity of County people did not disappoint as the event collected a whopping $16,050, shattering the group’s goal of $15,000 to become the highest grossing fundraiser in the group’s history.

“We estimate that we had about 125 participants,” said Dee Butler Henderson, one of the organizers of the event. “We are completely overwhelmed.”

Back in January, when the organization for their 15th anniversary began, the group had big plans to commemorate the occasion.

“We wanted to make it a huge celebration of both cancer survivors and a remembrance to those who lost their battle,” Henderson said. “COVID obviously changed that.”

Cars started lining up promptly at 8:45 a.m. for the cruise. A photo booth was also created so that photos of cancer survivors could be taken. Traditionally, a large group photo would be taken, but organizers felt that was not safe to do this year.

Last year’s event drew 225 walkers to the Gentle Memorial Building and helped raise $12,306 for the Bridge to Hope group. Knowing they could not celebrate in that manner, the wheels were put in motion for a motor vehicle procession through the town.

“We knew we couldn’t not have the walk, or some variation,” Henderson explained.

One of the more heartwarming vehicles in Saturday’s parade was a car decorated by Susan Riley and her daughter, Jennifer Riley Vega. The duo transformed their vehicle into a clown car in memory of Beverly Kirk, better known as “Hattie the Clown.” Kirk died Sept. 26 after a brief battle with cancer.

“Clowning was a passion of Bev’s,” Riley said. “She loved going around making people happy. We thought this would be a great way to honor her. I think she would have really loved it.”

The mission of Bridge to Hope is to help people in southern Aroostook County with financial burdens as they battle cancer. The organization has helped hundreds of families over the past 15 years, with such kind gestures as gasoline gift cards for those traveling to chemotherapy appointments or hotel accommodations for those seeking treatments or surgical procedures in places such as Portland or Boston.

By keeping funds local, the group has been able to help individuals undergoing cancer treatments with various expenses as well as providing them meal gift cards, gift baskets and even donations of turkeys during Thanksgiving and Christmas. 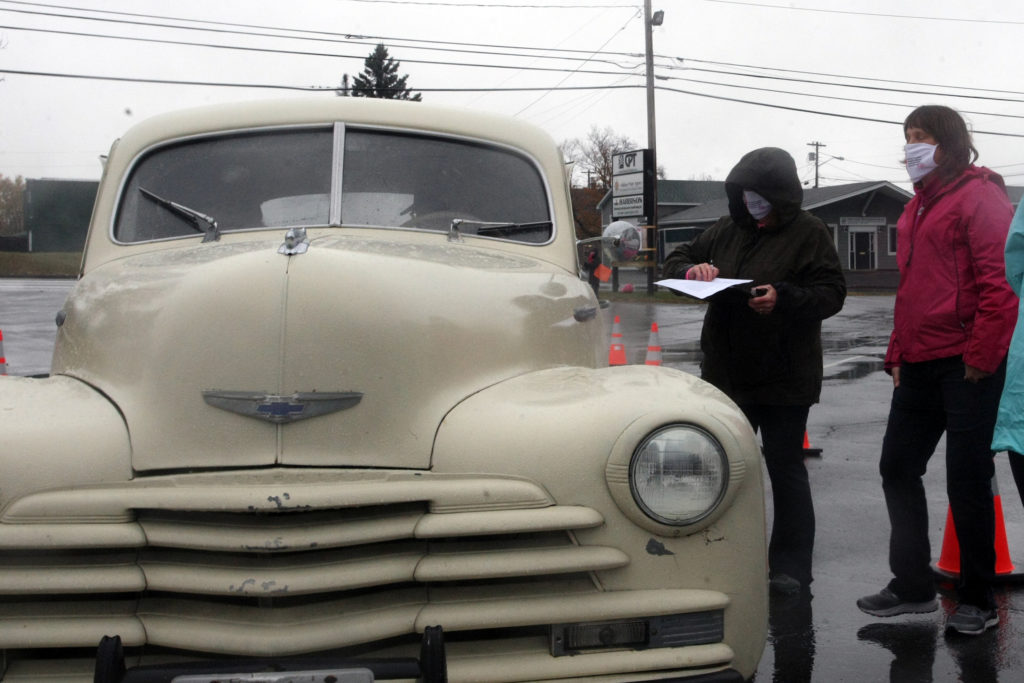 This antique automobile was driven by Jon Miller was one of many vehicles in Saturday’s Cruisin for Cancer fundraiser sponsored by Bridge to Hope. (Joseph Cyr | Houlton Pioneer Times) 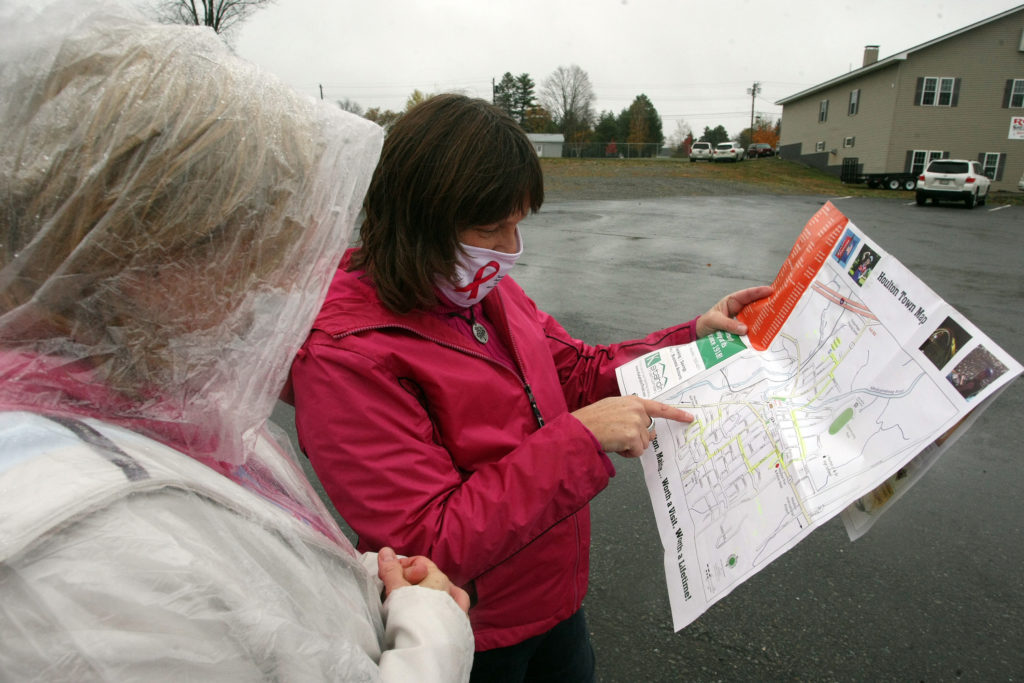 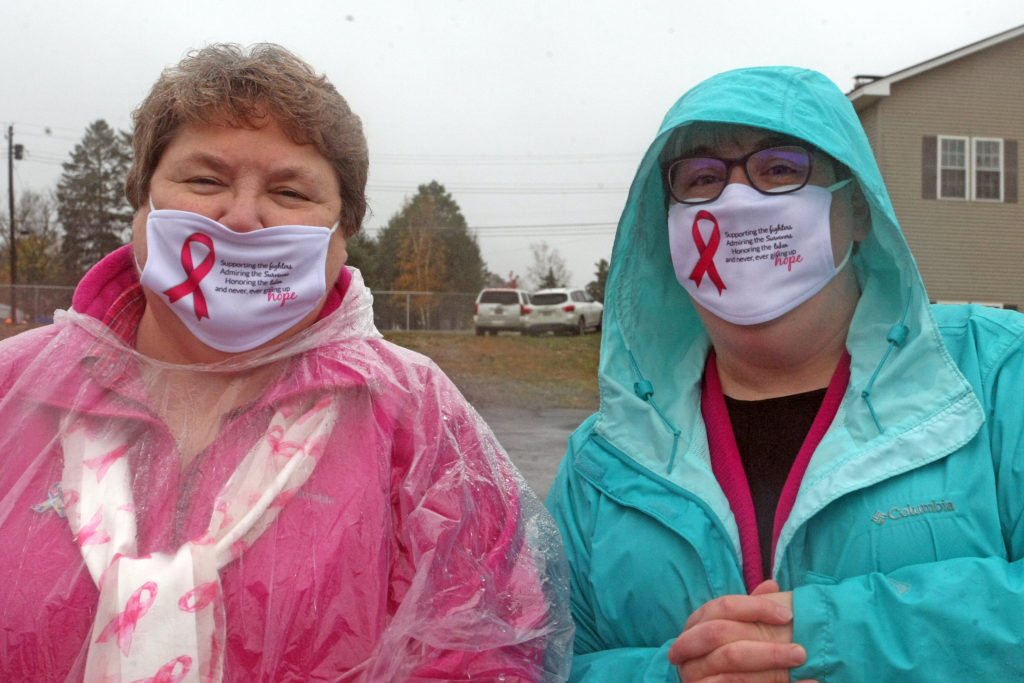 Showing off their breast cancer masks are Pam Hocking, left, and her daughter Amy during  Saturday’s Bridge to Hope Cruisin for Cancer fundraiser in Houlton. (Joseph Cyr | Houlton Pioneer Times) 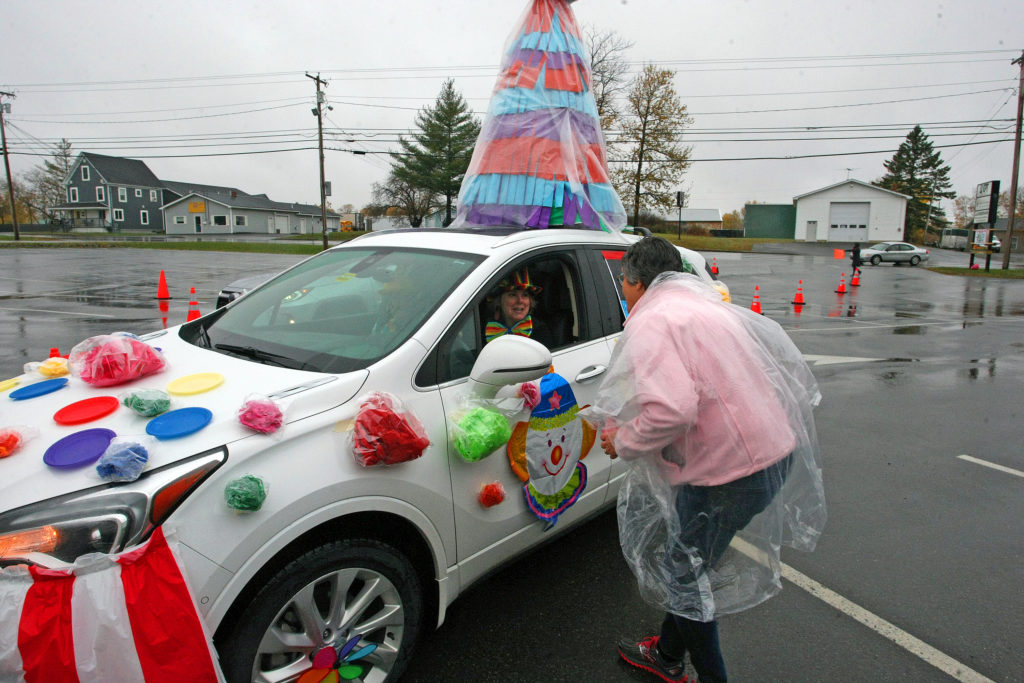 Jen Riley Vega and her mother Susan Riley decorated a vehicle to look like a clown in memory Bev Kirk for Saturday’s Cruisin for Cancer ride in Houlton. (Joseph Cyr | Houlton Pioneer Times) 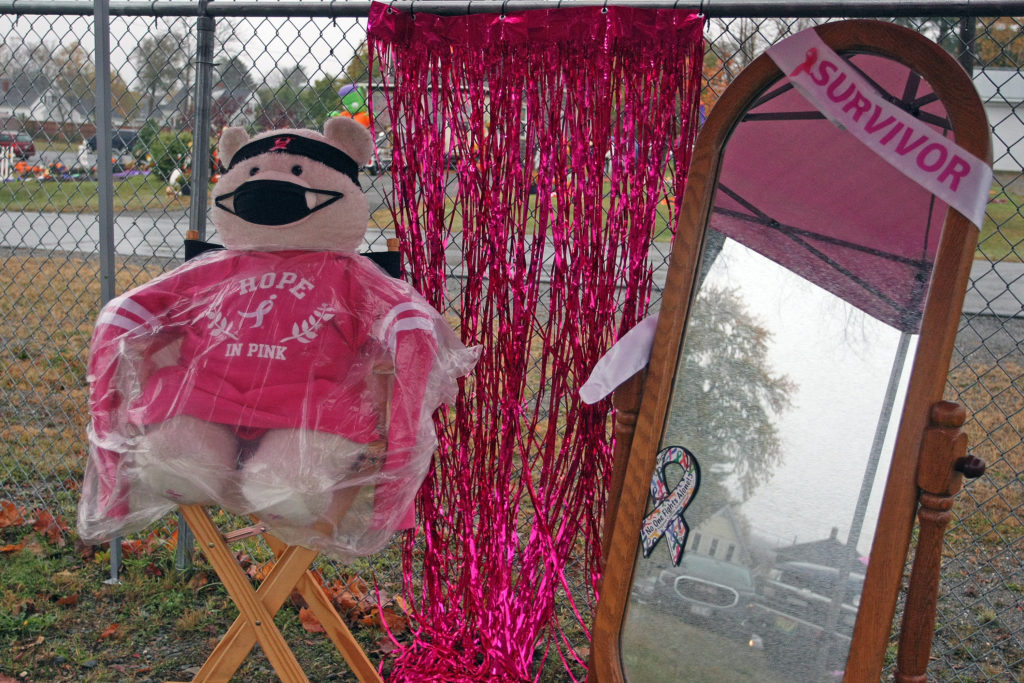 A photo booth for cancer survivors was erected for Saturday’s Cruisin for Cancer fundraiser sponsored by Bridge to Hope in Houlton. (Joseph Cyr | Houlton Pioneer Times)