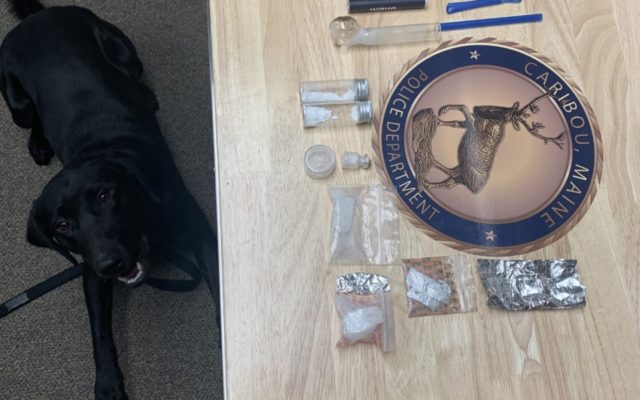 The incident began when Sgt. Chad Cochran stopped a 2007 Pontiac G6 for a motor vehicle violation on the Fort Fairfield Road in Caribou.

With the help of police dog handler Kegan McPherson, the department’s dog Ace was deployed and the two occupants were arrested.

Driver Marshall McManus, 49, of Washburn was charged with Class B trafficking in Schedule W Drugs (fentanyl and methamphetamines), as well as Class B violating conditions of release and Class E operating a motor vehicle after license suspension.

Police said both had outstanding arrest warrants and were given a court date of Jan. 7, at the Caribou District Courthouse

It was a freezing day across The County, but you could hardly tell from the turnout. Even after a massive surge in absentee ballot requests across the Central Aroostook area, droves of people came out to vote in Presque Isle, Mapleton, Washburn and Fort Fairfield.
Pets END_OF_DOCUMENT_TOKEN_TO_BE_REPLACED