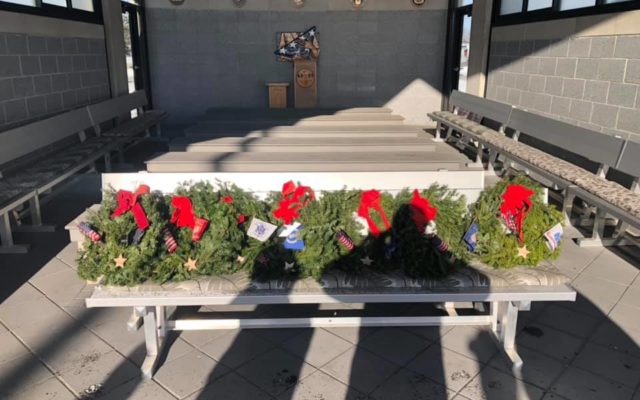 Chris Bouchard • December 22, 2020
Veterans representing all branches of the military laid wreaths throughout Caribou in honor of those who served, and are serving, in the United States military on Saturday, Dec. 19.

CARIBOU, Maine — Veterans representing all branches of the military laid wreaths throughout Caribou in honor of those who served, and are serving, in the United States military on Saturday, Dec. 19.

This nationwide event has its origins in Maine, as it began when Morrill Worcester, owner of Worcester Wreath Company, won a trip to Washington, D.C., at just 12 years old. At the time, he was working as a paperboy for the Bangor Daily News.

Worcester never forgot the trip, so when he had a wreath surplus in 1992, he contacted U.S. Sen. Olympia Snowe, R-Maine, and arranged to have the wreaths placed at graves in Arlington National Cemetery in Virginia. This became an annual tradition until 2005, at which point photos of the event were spread through the internet and it became a national event held at more than 1,000 unique locations.

Caribou VFW Commander Roger Felix said the event was short and sweet and fairly silent. It involved members of veterans organizations throughout the area laying wreaths to honor each branch of the military. 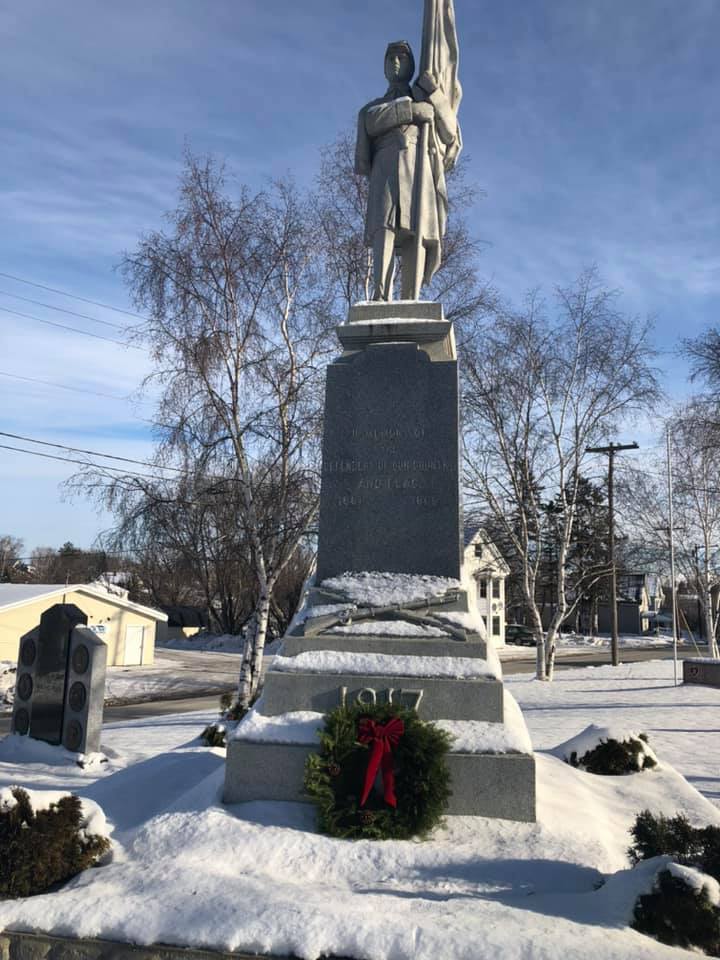 Wreaths were laid at various locations across Caribou, including the Caribou Veterans Memorial Park on Main Street, during a Dec. 19 Wreaths Across America ceremony. (Courtesy of Roger Felix)

In addition to Felix, Maine VFW State Adjutant Andre Dumas explained the importance of the event during a short gathering at the Northern Maine Veterans Cemetery in Caribou. Local veterans John Bouchard, Linwood Lord, Roy Woods, Gary Saucier and Fred Ormazzani then laid wreaths honoring each branch of the military.

Felix said he and a couple others also laid wreaths at the Caribou Veterans Memorial Park, the honor roll at the Caribou fire station, as well as all the local cemeteries that normally have military markers placed at the flagpoles.

“We know there are more veterans buried throughout Caribou than just at the Veterans Cemetery,” he said.

Felix said the event is traditionally held on the third saturday of every December.

“Our troops are far away fighting right now,” he said. “There are some who can’t come home for Christmas, and others that will never come home.

For the first time since 2019, there is competition for open seats on the Houlton Town Council
Pets END_OF_DOCUMENT_TOKEN_TO_BE_REPLACED

We hope everyone enjoyed a wonderful holiday season and is looking forward to the new year.  December was a busy month at the Central Aroostook Humane Society with so many people and businesses bringing in much-needed supplies and monetary donations, which help us to take care of the special temporary pets in our care.
What's Happening This Week END_OF_DOCUMENT_TOKEN_TO_BE_REPLACED