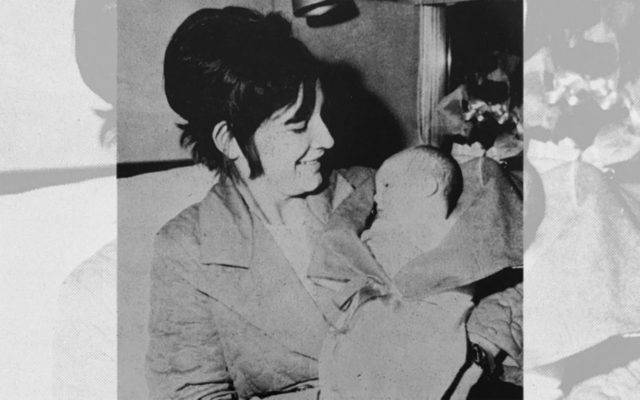 Contributed • December 31, 2020
75 Years Ago -  Dec. 27, 1945 Lt. Walker entered radio business -- Lt. Alexander M. Walker, son of Mr. and Mrs. William E. Walker of Presque Isle, had distinguished himself in his pioneer work in Radar. He volunteered for service in the Air Corps in 1940. Graduated from the Air Corps radio school at Scott Field, III, in June of 1941.

Lt. Walker entered radio business — Lt. Alexander M. Walker, son of Mr. and Mrs. William E. Walker of Presque Isle, had distinguished himself in his pioneer work in Radar. He volunteered for service in the Air Corps in 1940. Graduated from the Air Corps radio school at Scott Field, III, in June of 1941.

He graduated with the highest grade of any man in the previously graduated classes and held that honor until over 10,000 men had graduated. Picked from his class as an instructor in radio, Walker taught until November of 1941. His design of a Radar set in pre-radar days was brought to the attention of the officer in charge of the school. Lt. Walker, (then a Private) and a group of eight other men and officers formed the first Air Forces Radar School. After a few weeks studying the design of the English airborne sets (the only aircraft Radar in existence at that time) the newly formed school was sent to Morrison Field, West Palm Beach in Florida.Here, Lt. Walker, after a few days repairing the English sets which had been damaged on the English docks by German aircraft, flew the first radar set.

On the job — Jeffrey Fox of Presque Isle was a senior Computer Technology major at Bryant & Stratton, Boston. He was a library assistant at the Boston Public Library as part of the Federal Work-Study program. This Federally subsidized program provided opportunities for Work-Study assignments with public and non-profit organizations, including cities and towns, governmental agencies, legal aid centers, schools and hospitals.

Boisvert was promoted — Richard L. Boisvert was promoted to Manager of Construction at Maine Public Service Company. A graduate of Lebanon High School, Boisvert received much of his basic line worker training while serving in the U.S. Air Force. Prior to joining Maine Public Service Company in 1970 as a 2nd Class Line Apprentice, he was employed by Granite State Electric Company. After progressing through the apprentice line worker classifications, he was promoted to journeyman and transferred to the Caribou District Service Department. He then moved to the Caribou Generating Stations as a Fireman and advanced to assistant Operator. He returned to T & D as 1st  Class Liner Worker and then terminated employment with MPS to work in line construction with Public Service of New Hampshire. He was reinstated at MPS in 1980 and then promoted to Caribou District Foreman and eventually District Supervisor.

Charitable donation — Easton School Department Superintendent Michael Belanger received a check for $300 from Rev. Ronald Nadeau, pastor of the Easton Pentecostal Church. The gift came through a ministry of the church referred to as “Joseph’s House Ministry,” which is a home mission effort. The donation was used to purchase an additional computer software program designed for educational purposes in the elementary grade levels.