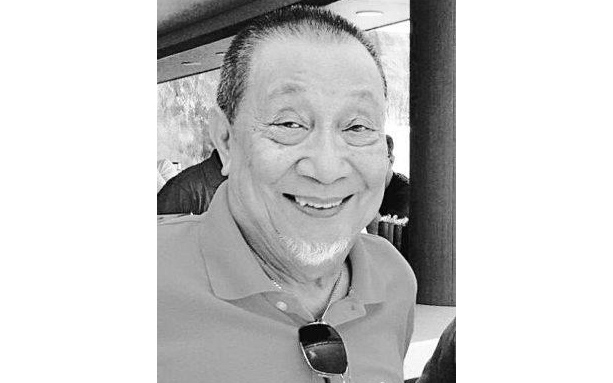 Contributed • February 10, 2021
Pedro “Pete” Simon, M.D., a longtime vascular/thoracic surgeon at Cary Memorial and then the new Cary Medical Center died peacefully at Gosnell Memorial Hospice House in Scarborough on Jan. 23 from complications of Waldenström’s macroglobulinemia, a rare blood disease. He was 82

SCARBOROUGH and CARIBOU, Maine — Pedro “Pete” Simon, M.D., a longtime vascular/thoracic surgeon at Cary Memorial and then the new Cary Medical Center died peacefully at Gosnell Memorial Hospice House in Scarborough on Jan. 23 from complications of Waldenström’s macroglobulinemia, a rare blood disease. He was 82.

Originally from the Philippines the late physician was credited with saving and extending many lives thanks to his skill as a surgeon. Coming to Caribou in 1972, he immediately brought complex surgical procedures never before performed at the community hospital.

Kris Doody, RN, and chief executive officer at Cary Medical Center and Pines Health Services said that she was privileged to work with the physician during her days in the operating room at Cary.

“I worked very closely with Dr. Simon during the many years I managed the operating room,” said Doody. “I was often standing across the OR table as his first assist. He was a major influence on my nursing career and was a strong supporter when I joined the administrative team.”

Simon was highly regarded by his colleagues. Dr. Madjid Yaghmai, radiologist and former director of the hospital’s radiology department, also a pioneer who led the development of Cary’s advanced technology, referred to a comment made by the director of Simon’s residency program at St. Barnabas Hospital in New York City, where Simon completed his residency.

“Dr. Charles P. Bailey was the founder of the closed heart surgery technique in the United States,” said Yaghmai. “He was one of the most highly regarded cardiac surgeons in the country. When Dr. Simon came to Cary I spoke with Dr. Bailey, who directed Dr. Simon’s residency training in vascular surgery. His comments were that if he himself were not coming to the end of his professional career he would not have let Dr. Simon leave his program. He would have kept him in his association for he believed Dr. Simon to be one of the best surgeons he had ever trained.”

Throughout his long career of more than three decades, Simon performed surgical procedures that helped to reduce the incidence of stroke and other vascular complications. He could often be seen walking the corridors of the hospital late in the evening after completing a major vascular case.

Bill Flagg, director of community relations and Development at Cary said that when he first came to the hospital he worked late into the evenings and often came upon Simon.

“Many nights I would see this individual in scrubs walking the halls and I did not know who he was,” said Flagg, who has been with Cary for 41 years. “When I finally asked someone to introduce me I learned that it was Dr. Simon and that he often slept in the ICU waiting area so that he could closely follow his patients who had undergone surgery. He was an incredibly talented surgeon and truly a gift to our hospital and to all of Northern Maine.”

In addition to his work as a surgeon at Cary, Simon would often return to his native Philippines on medical missions to perform surgery on children and others in some of the most isolated parts of the islands. Doody said that he would often return from these trips ill and exhausted.

“Dr. Simon was a very compassionate person and when he returned to the Philippines, often accompanied by a number of his colleagues, he would literally spend every waking moment sharing his skills, teaching surgeons on the islands and changing the lives of children by addressing such issues as clef pallets. He was recognized for this work but never would place the spotlight on himself.”