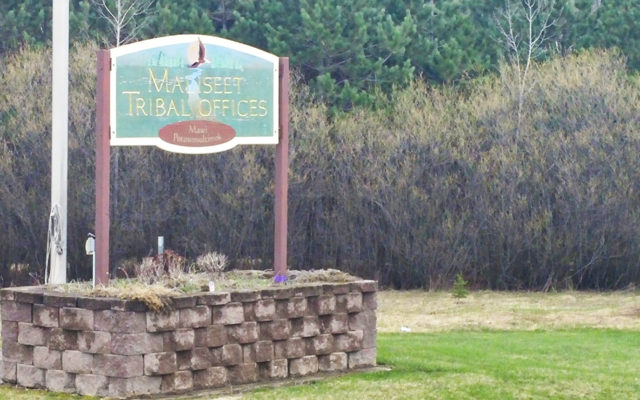 Legislation would give state recognition to Kineo Band of Maliseets

BDN Staff Writers • March 1, 2021
A bill to grant state recognition for a second band of Maliseets could be complicated by larger conversations around sovereignty in Maine.

A bill to grant state recognition for a second band of Maliseets could be complicated by larger conversations around sovereignty in Maine.

After being stymied in 2012, former Houlton Band of Maliseets tribal Rep. David Slagger is trying again to get state recognition for the Kineo Band of Maliseet, a group that derives its name from the famous mountain on a peninsula in Moosehead Lake. The effort has been presented as an economic opportunity for the region and for the tribe to get access for cultural preservation activities.

The prior effort stalled after some of the state’s federally recognized tribes opposed it, fearing the loss of federal funds. They are rallying against it now, with a letter signed by all five tribal chiefs, including Houlton Chief Clarissa Sabattis, who initially said she would not oppose it. They are backed by the Maine Indian Tribal-State Commission.

The chiefs argue that Maine has no process for state recognition and that granting recognition without one would allow those without indigenous ancestry to gain access to services and exploit their culture. Only 13 states recognize tribes within their borders, according to the National Conference of State Legislatures.

Because Maine has no process, it is hard to say what bar the Kineo would need to clear to be recognized beyond the bill. The federal process involves a long process of historical and genealogical research or tribes can seek acknowledgement by Congress. Vermont requires recognized tribes to prove kinship to a historical tribe and that members live in the state.

On those grounds, Slagger points to an 1839 petition from Monson residents and Maliseet members asking for lands near Moosehead Lake. But the Penobscot Nation has ties to the land as well, tribal historian James Francis Sr. testified to the Judiciary Committee.

The debate comes as the tribes face another battle to rework their relationship with the state. The Judiciary Committee made a historic decision last year to support an effort aimed at restoring tribal sovereignty in Maine, but was quashed when the Legislature did not return. Supporters are trying again, but obstacles including industry group opposition and lingering doubts from Gov. Janet Mills about some provisions remain.

The sole tribal state representative, Rena Newell of the Passamaquoddy Tribe, is also pursuing bills that aim to get more tribal voices included on boards governing the state’s university system and marine resources, as well as an advisory council on fisheries and wildlife. Tribes have historically clashed with the state in those arenas outside of sovereignty conversations. There was a work session on the Kineo bill last week.

Next year's Caribou City Council will include a new member and a longtime councilor thanks to Tuesday's election.
Pets END_OF_DOCUMENT_TOKEN_TO_BE_REPLACED

Happy fall to you all.  It has been a super beautiful one so far. The harvest has gone well and the temperatures have remained warm, so enjoy these rare days because before long we will be into the winter months, and we all know what that means.
What's Happening This Week END_OF_DOCUMENT_TOKEN_TO_BE_REPLACED