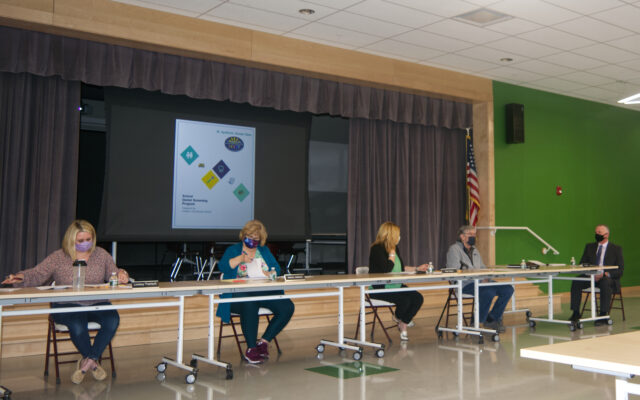 Chris Bouchard • April 29, 2021
RSU 39, the Caribou and Stockholm school district, was recently given the green light for $1.5 million inElementary and Secondary School Emergency Relief funding, according to Superintendent Tim Doak.

CARIBOU, Maine — RSU 39, the Caribou and Stockholm school district, was recently given the green light for $1.5 million inElementary and Secondary School Emergency Relief funding, according to Superintendent Tim Doak.

The superintendent thanked Assistant Superintendent Jane McCall and RSU 39 Business Manager Mark Bouchard for working with him on the application process.

“This is extraordinary,” Doak said at an April 28 board of education meeting. “This is $1.5 million that will not have to be put toward taxpayer efforts in school budgets in the future.”

The money will primarily cover one-time expenses, such as books for the library and classroom, software devices, and will ultimately help the school fund a new nurse, support staff, ed techs, two custodians and resource officer for the Caribou High School.

The track in particular had been in dire need of repair. Doak said in early April that the track is about nine years beyond its life expectancy and that the costs to fully update the track were estimated at roughly $450,000.

The Caribou Technology Center, which shares a campus with the high school, would be able to receive card locks, new overhead doors and new front entrance doors.

He said roughly $80,000 of the funding could be spent on a set of bleachers for outdoor events such as outdoor graduation ceremonies and outdoor classrooms at both schools, and that $10,000 would be put in for bus fuel, as social distancing and lunch delivery has resulted in more mileage for RSU 39 buses.

The next round of funding, he said, is $3.4 million, and that he and administrators are already working on ideas for how this could be used to improve the district’s schools. One example he provided at the late April meeting was to implement pavilion-style outdoor classrooms with cement slabs and even heating systems to allow for outdoor learning at both the Caribou Community School and Caribou Community School in the spring, summer, and fall.

The administration’s current goal with the upcoming 2021-22 year is to create a budget that does not result in a mill rate increase for local taxpayers amid the COVID-19 pandemic.

The board will need to formally approve the budget at an upcoming meeting, and then hold a district budget meeting in late May in which they will give a presentation to the public and ask for a vote of approval. If approved, the budget will go to a final referendum vote in June.

Members of the Houlton Band of Maliseets will head to the ballot box in order to determine who will be elected as their new tribal chief.
Pets END_OF_DOCUMENT_TOKEN_TO_BE_REPLACED