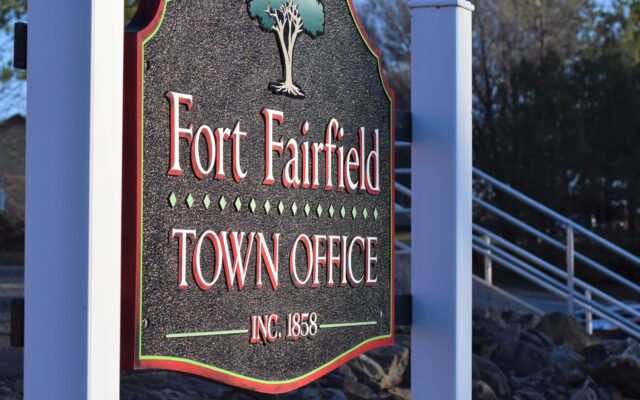 Kathleen Phalen Tomaselli • May 27, 2021
In what has become a contentious budget battle between concerned Fort Fairfield taxpayers and town leadership, Town Manager Andrea Powers referred to a taxpayer group list of questions regarding the FY 21-22 proposed budget as a “taxpayer manifesto” during last week’s town council meeting.

FORT FAIRFIELD, Maine — In what has become a contentious budget battle between concerned Fort Fairfield taxpayers and town leadership, Town Manager Andrea Powers referred to a taxpayer group list of questions regarding the FY 21-22 proposed budget as a “taxpayer manifesto” during last week’s town council meeting.

Powers continues to contend that taxpayers can voice their concerns about the budget, but they do not have a voice in the final budgetary decisions.

And because Powers does not have a list of names for the grassroots taxpayer group, she challenged the existence of this body.

The taxpayer group formed after many residents were shocked by tax bill increases of $1,000, with some farms getting bills from $5,000 to $15,000 higher than the previous year. Since the furor over such increases began, town officials continue to point to a townwide revaluation of properties for the increase. But the taxpayers point to increased town spending and the cost of a new ambulance service for such high tax bills.

“Each taxpayer’s bill is unique to the valuation of the property, land, business and or farm they own. There is no average increase. If a taxpayer’s bill went up significantly for FY 20-21 it is factual to say they had not been paying their fair share of the tax burden for over 20 years,” Powers said during last week’s meeting. “What is being asked of council is to reduce revenue received by putting the property tax amount flat. I do not recommend council do this.”

So, for the past five months the taxpayers have been asking the town council to hold down spending for the upcoming fiscal year, and Powers continues to say the town budget must increase to cover rising costs.

Nonetheless, if the budget is not increased for the coming year, the town will not be able to cover the costs of running the ambulance service, Powers said.

“The increases are due to the cost of the medicine that is to be replaced each time it is used in the ambulances,” she said, adding that there are also Maine State Retirement increases for employees, increases in insurance and a 1 percent increase in COLA benefits.

The taxpayer group has shared with the town council on several occasions that if the budget passes with existing increases, they will exercise their right to file a petition for a referendum vote on the FY 21-22 budget.

An additional budget hearing has been scheduled for 6 p.m. June 3 and the town council votes on the budget on June 17.

Members of the Houlton Band of Maliseets will head to the ballot box in order to determine who will be elected as their new tribal chief.
Pets END_OF_DOCUMENT_TOKEN_TO_BE_REPLACED