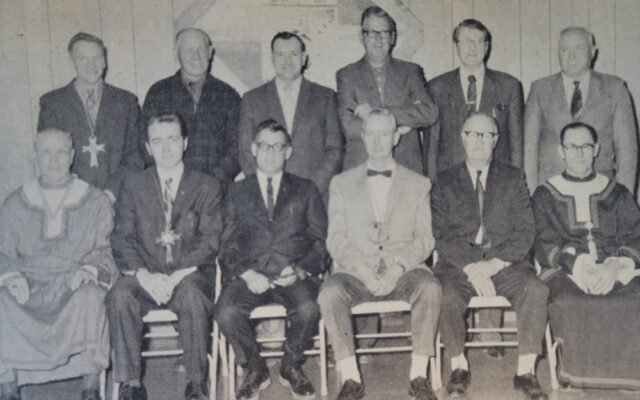 Count Republican committee chairman — Lewis D. Bearce of Caribou, former chairman of the Aroostook County Republican committee, was re-elected to that position at the biennial organization meeting held at Mars Hill. The election of Mr. Bearce, not a member of the committee, followed a vote by those present, either in person or by proxy, to go outside the current membership to select a chairman. The motion passed 11 to 8.

Promoted to district manager — Gerald W. Jameson, son of Mr. and Mrs. G.B. Jameson of Presque Isle, was promoted to distribution manager of the American Thread Company in Los Angeles, California. Jameson graduated from Presque Isle High School, attended Husson College in Bangor and completed his education in marketing research and business management in Modesto Jr. College and Stanislavs State College in Turlock, Calif. He previously worked as assistant manager of the American Thread Company in Trulock. He and his wife, Linda, had two daughters, Joni and Kmberly Rae, and lived in La Puente, California.

Members of the Houlton Band of Maliseets will head to the ballot box in order to determine who will be elected as their new tribal chief.
Pets END_OF_DOCUMENT_TOKEN_TO_BE_REPLACED