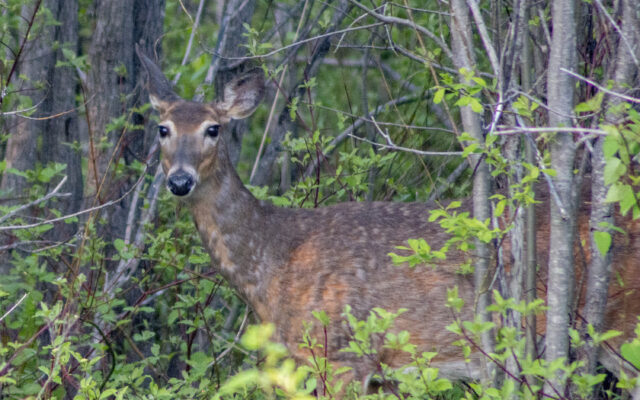 Paula Brewer • July 23, 2021
State and local wildlife and conservation experts will host a meeting in Presque Isle next week for everyone interested in understanding a new law to help Maine’s deer population better survive extreme winters.

PRESQUE ISLE, Maine — State and local wildlife and conservation experts will host a meeting in Presque Isle next week for everyone interested in understanding a new law to help Maine’s deer population better survive extreme winters.

The meeting, slated for 6 p.m. on Thursday, Aug. 5, at the Northeastland Hotel, is sponsored by the Maine Department of Inland Fisheries and Wildlife and the Sportsman’s Alliance of Maine, along with the Presque Isle Fish and Game Club and the Aroostook County Conservation Association.

DIFW Commissioner Judy Camuso, along with David Trahan, executive director of the Sportsman’s Alliance of Maine Institute for Legislative Action, will explain the law signed July 8 by Gov. Janet Mills that will allow the department to purchase land to become wintering areas for whitetail deer.

Harsh winter conditions make it difficult for deer to survive in northern and other parts of the state, said Nick Archer, a board member for the sportsman’s group and an adviser to the Presque Isle Fish and Game Club.

“It’s been hard to maintain deer wintering areas in the northern and Down East areas,” Archer said. “Dave Trahan worked with Land for Maine’s Future and other conservation groups, and was able to get this landmark bipartisan legislation through that will fund the ability for Inland Fisheries and Wildlife to buy and manage deer wintering areas where they are needed.”

The legislation was sponsored by Rep. Chris Johansen, R-Monticello, and developed with the DIFW, Sportsman’s Alliance and other groups. The state budget has allotted $40 million from the Land for Maine’s Future program to support the work.

It’s an issue Maine has been struggling with for a few decades, as wintering areas have  declined. The 1970s spruce budworm, industrial logging and a robust coyote population have contributed to the problem.

But what constitutes a good wintering area? Simply put, it’s a habitat that contains vegetation that will give deer adequate cover and provide food during the coldest, darkest parts of winter, Archer said.

“During a winter of average severity, a deer living in southern Maine will require this shelter for 20-60 days. In far northern Maine dependency is usually 90-125 days,” the report stated.

To conserve energy and warmth during the winter, deer gather in groups. Ideal forest stands are thick, with tall spruce, fir, cedar or hemlock trees that can shield the deer from snow and wind, with food provided by mixed hardwood shoots, twigs and leaves, or browse, according to the report.

But that browse isn’t the most nutritionally complete food. By consuming just twigs and shoots, which deer favor only when more nutritious foods are unavailable, deer will lose weight, according to the DIFW. Seasonal fat accumulation helps them survive winter’s sparse food availability.

Taking care of the deer herd is important obviously for the animals’ survival, but also from an aesthetic and economic point of view.

“The whitetail deer is king when it comes to hunting in the state of Maine, whether you’re from Maine or ‘from away,’,” Archer said. “It’s a big economic boost for rural Maine that will bring people to rural Maine to stay in the camps, to shop, to buy gas, etc., while they’re hunting.”

“This will help stabilize the deer herd in Maine, for hunters and those who like to watch them, too,” Archer said. “And it’s not only the deer — birds and mammals of every type will benefit from these healthy habitats.”

Now that the legislation has been made law, the word will go out to landowners interested in selling some of their land for habitat, and a new position at Inland Fisheries and Wildlife will be created to help manage these efforts.

Members of the Houlton Band of Maliseets will head to the ballot box in order to determine who will be elected as their new tribal chief.
Pets END_OF_DOCUMENT_TOKEN_TO_BE_REPLACED