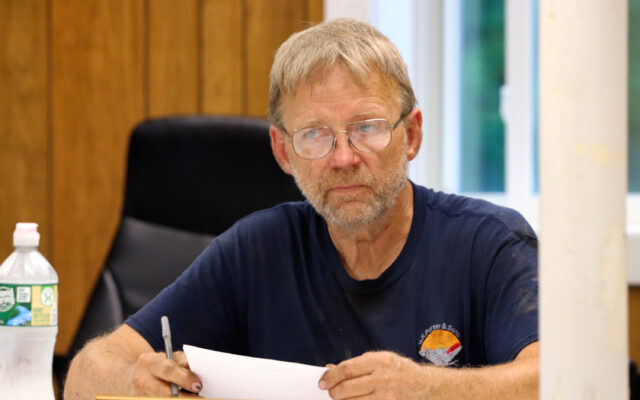 Alexander MacDougall • August 19, 2021
The town's Board of Selectmen discussed the potential fallout Wednesday, Aug. 19, from town residents’ resounding vote against the board’s proposal to pursue funding for a public sewer system.

ISLAND FALLS, Maine — The town’s Board of Selectmen discussed the potential fallout Wednesday, Aug. 19, from town residents’ resounding vote against the board’s proposal to pursue funding for a public sewer system.

The proposed $10 million project would have the town look for potential grants to fund building a sewer system, which selectmen have said is vital to attract new businesses and tourism. But the town would have also had to raise tax rates at least $2 per $1000 valuation, which selectman say contributed to the town voting down the proposed system by a vote of 38 ‘yes’ to 204 ‘no’.

“We will not be able to increase taxes or do any spending at all,” Selecman Anthony Binotto said. “That’s the message I received very loud and clear. Then we have to rethink how we’re going to move the town forward without spending any tax money.”

While the town may have voted down the measure, the selectmen warned that a public sewer system may be inevitable. The west branch of the Mattawamkeag River, which runs through the town, is designated a Class A river, severely limiting the amount of dumping or pollution that can occur in it. Many houses in Island Falls are built along the river, and don’t have adequate septic systems or room to expand them.

Selectman Frank Porter said that if the Maine Department of Environmental Protection determined the town was not properly maintaining the river, it may mandate that Island Falls install a sewer system anyway. Without the secured funding grants the vote would have approved, the town would be left to foot the bill for millions more than it would have with the grant.

“I’m almost dead sure that this is going to come around and bite everybody,” Porter said. “And when it bites them it’s going to bite even harder because the funding isn’t going to be there.”

Resident Allen Schenk encouraged selectmen to keep trying to find a way to help convince the town to put the sewer system in.

“Keep plugging away at it,” Schenk said. “I think that people are going to see what they missed out on, when other towns are gaining on grant money and projects, and our town doesn’t.”

For the first time since 2019, there is competition for open seats on the Houlton Town Council
Pets END_OF_DOCUMENT_TOKEN_TO_BE_REPLACED