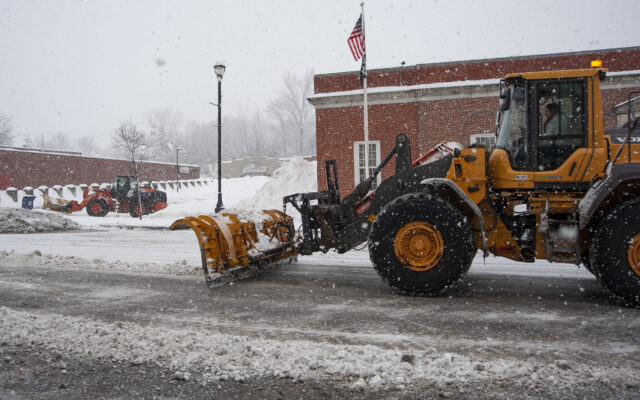 Melissa Lizotte • December 30, 2021
Aroostook County has yet to receive a "blockbuster storm" this winter and is unlikely to see significant snowfall in the near future, according to the National Weather Service in Caribou.

CARIBOU, Maine — Aroostook County has yet to receive a “blockbuster storm” this winter and is unlikely to see significant snowfall in the near future, according to the National Weather Service in Caribou.

This December The County saw an average of 23.1 inches of snow compared to 26.3 inches in December 2020. The latest total places the region below the typical December average of 25.2 inches, according to meteorologist James Sinko.

Last winter Aroostook received 107.9 inches of snow for the entire season, below the latest three-year average of 110 to 115 inches.

Temperatures for this month have remained slightly above average, at 20 degrees compared to 26 degrees in December 2020. The average December 2021 temperature is just above the typical 19.9 degrees.

Several factors have influenced the warmer temperatures and lesser snowfall amounts over the past few years, Sinko said. Thus far this winter the U.S. has experienced a combination of weather patterns from La Nina, the North Atlantic Oscillation and the Pacific North American Oscillation.

With a La Nina system, cold waters in the Pacific Ocean push the jet stream northward, later dipping out toward the eastern United States. Depending on what fluctuations occur within the North Atlantic and Pacific North American dips in the jet stream, warmer or colder temperatures may result.

Current trends from the combination of those three patterns have led to warmer than average temperatures throughout the United States, including in northern Maine.

“That has kept our snow totals down and it’s why we haven’t had a blockbuster storm yet this winter,” Sinko said.

The NWS is predicting that those patterns will continue into early 2022, giving Aroostook above average temperatures and snowfall that is close to average.

“With the way the patterns are looking right now, it looks like those temperatures and snowfall will stay that way for the next couple months,” Sinko said.

For the first time since 2019, there is competition for open seats on the Houlton Town Council
Pets END_OF_DOCUMENT_TOKEN_TO_BE_REPLACED

We hope everyone enjoyed a wonderful holiday season and is looking forward to the new year.  December was a busy month at the Central Aroostook Humane Society with so many people and businesses bringing in much-needed supplies and monetary donations, which help us to take care of the special temporary pets in our care.
What's Happening This Week END_OF_DOCUMENT_TOKEN_TO_BE_REPLACED