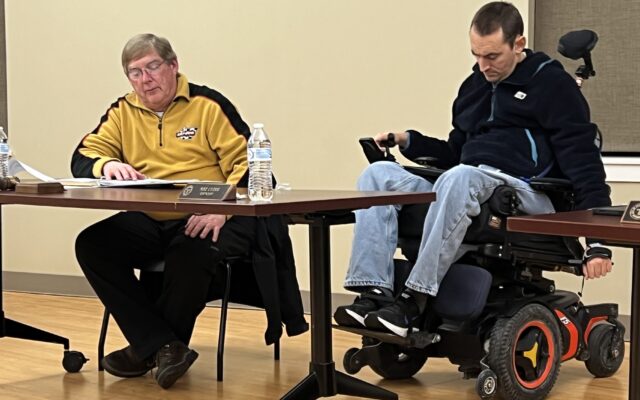 David DiMinno • March 7, 2022
Presque Isle should be getting some new city vehicles in the fourth quarter of 2022.

PRESQUE ISLE, Maine — Presque Isle should be getting some new city vehicles in the fourth quarter of 2022.

On March 2, the Presque Isle City Council voted in favor of entering into a contract with Enterprise in order to lease vehicles for the city. It was tabled from the February meeting, because counselors wanted more time to digest the information. After a 6-1 vote, the council opted into the contract, meaning the city will be leasing at least 15 vehicles from Enterprise.

This will cost the city an annual leasing fee of $150,000, which will come out of reserve funds. The city is expecting to start receiving vehicles in the fourth quarter of 2022.

One of the biggest draws to the Presque Isle Police Department is its take-home car program, in which officers can take their patrol cars home so that they can leave for calls directly instead of having to go to the station to exchange a personal vehicle for a patrol car. The city will need more cruisers to make that possible, which will help retain officers and draw new people to the program.

The council also wants to set up a working group between council members, SAD 1 and people in the community regarding reappropriating seats on the SAD 1 school board. After the most recent census, the council wants to make sure that the board has the appropriate number of members to represent the number of residents in the Star City.

The council also looked at the goals for projects they wish to tackle in 2022. The top projects include affordable housing, workforce retention, the city website, emergency medical services rates and increased training.

The council received an update on city hall renovations. The second floor offices are completed, and the southeast stairwell is under construction. The fire marshal needs to inspect the floor in order to have employees move in.

Richard Howlett, president of the Presque Isle ATV club, requested support from the council on an ATV grant from the state that would allow for several maintenance projects to be completed on the trails. The council unanimously voted to provide support.

The council scheduled a public hearing regarding a dangerous building at 45 Elm St. for June 1.

There are openings for positions on the zoning board, audit board, downtown revitalization committee and an alternate position on the library board.

The next council meeting will be held at 6 p.m. on Wednesday, April 6, at the Sargent Community Center.

Next year's Caribou City Council will include a new member and a longtime councilor thanks to Tuesday's election.
Pets END_OF_DOCUMENT_TOKEN_TO_BE_REPLACED

When I wrote the first story of our dog Odie, I didn’t know that I would write a Part 2, but there were so many more stories that I decided more of this little dog’s story needed to be told.
What's Happening This Week END_OF_DOCUMENT_TOKEN_TO_BE_REPLACED