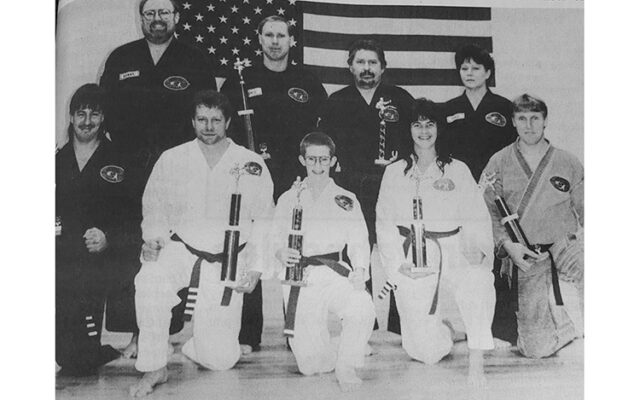 When the Maine Central acquired the European and North American Railroad, Mr. Potter was transferred to that division as conductor of trains between this city and Vanceboro. When the Bangor and Aroostook was built, he went with that road as a conductor and has been with it ever since. At the present time he has a run between Northern Maine Junction and Caribou.

Open soon to public — The Drug Store on the corner of Main and Court streets is soon to be opened to the public as soon as the tile floor is laid. When finished this store will be second to none in the state for the drug business.

Brackett named for ninth year — Woodbury E. Brackett began his ninth year as town manager of Houlton late Monday afternoon when he was re-employed by the town council following its organization meeting immediately after town meeting. Albert G. Merritt was elected chairman of the council and George W.W. Shean was re-elected secretary. Mr. Brackett is currently serving as president of the Maine City Managers Association.

Local archers lose — The archery teams of the Houlton Fish and Game Club took a pair of defeats at the hands of a team from the Abnaki Club of Presque Isle here Sunday afternoon at the old Armory. Plourde of Presque Isle was top man for the winners while Wetmore led the scoring for the locals.

Harbison is council chairman — David A. Harbison, who is beginning his second year as a member of the Houlton Town Council, was chosen as its chairman during the reorganizational meeting Monday night. Sworn in as new members of the council were Eugene Hutchinson, Forrest Barnes and Robert Anderson, with Mr. Barnes being named as council secretary for the coming year.

Patten — Leslie Dickinson was elected moderator at the annual town meeting held at Patten March 13. Elected by secret ballot were Robert Heath and Wallace Harvey for selectmen and overseer of the poor for three years; Mrs. Christine Shorey, director of SAD 25 for three years; Robert Cunningham, director of Hospital Administration District for three years, and Forest Smith for two years.

East Grand students get ‘Sample’ of a yarn — Children aren’t generally encouraged to make up stories. However a group of East Grand middle schoolers were doing just that recently under the guidance of one of the state’s best known tellers of tales. Maine humorist Tim Sample was in Danforth last month as part of a national endowment project which encourages youngsters to preserve and carry on the tradition of storytelling.

Receives Principal’s Award —  Principal Kendall Olsen announced recently that Leslie Taylor of Patten, a senior at Katahdin High School, has been selected to receive the 1997 Principal’s Award. The award, sponsored by the Maine Principals’ Association, is given in recognition of a high school senior’s academic achievement and citizenship.

A familiar face to Aroostook County residents has announced her candidacy for the Maine State Senate.
Pets END_OF_DOCUMENT_TOKEN_TO_BE_REPLACED

One addition to last week’s “Kindness abounds” story on the generosity of local area youth: Just last week, 11-year-old Michaela stopped by the shelter armed with bags of dog and cat food and special treats.
What's Happening This Week END_OF_DOCUMENT_TOKEN_TO_BE_REPLACED