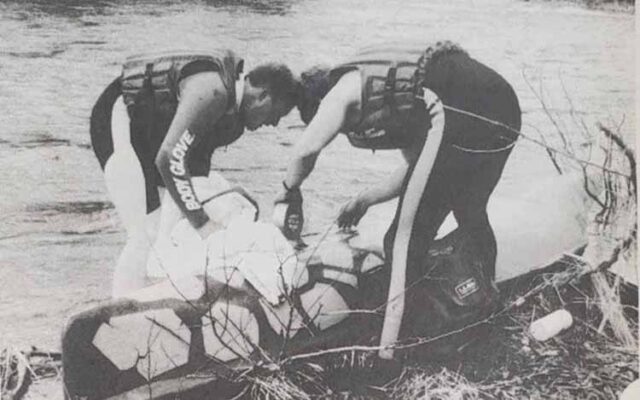 Horses have arrived — A carload of horses just arrived on April 22 at C.H. Berry’s Sale Stable on Bangor Street. There are some fine matched pairs weighing from 2,800 to 3,000 pounds, and also a few driving horses, making in all 30 head for sale.

Visitor in Town — W.S. Wight, manager of the Chapman Concert, was in town last Saturday advertising. This will surely be a great musical treat. Mr. Wight will arrange for young people under 15 years old to have a ticket for 25 cents. The Miller Piano will be used at this concert and at Presque Isle, with G.A. Hagerman, agent. Tickets will be on sale Saturday, April 27, at Ervin & Davenport’s.

Houlton Elks’ Ladies Get Revenge on Mars Hill — The first team of the Elks Indy bowlers took revenge on Mars Hill here Tuesday night when they came from behind with a powerful fourth-string total of 515 to overcome their opponents’ lead and take a five-string match by a margin of 46 pins.

Canoe race draws 130 paddlers — Under sunny skies Saturday, over 130 paddlers competed in the annual Meduxnekeag River Canoe Race. Peter Blood, along with Clint Cushman, organized the annual event this year. The race ran smoothly, with the weather cooperating at a balmy 46 degrees, with winds from the north at 10 knots, according to Terry Larson at the Houlton Airport.

A familiar face to Aroostook County residents has announced her candidacy for the Maine State Senate.
Pets END_OF_DOCUMENT_TOKEN_TO_BE_REPLACED

One addition to last week’s “Kindness abounds” story on the generosity of local area youth: Just last week, 11-year-old Michaela stopped by the shelter armed with bags of dog and cat food and special treats.
What's Happening This Week END_OF_DOCUMENT_TOKEN_TO_BE_REPLACED