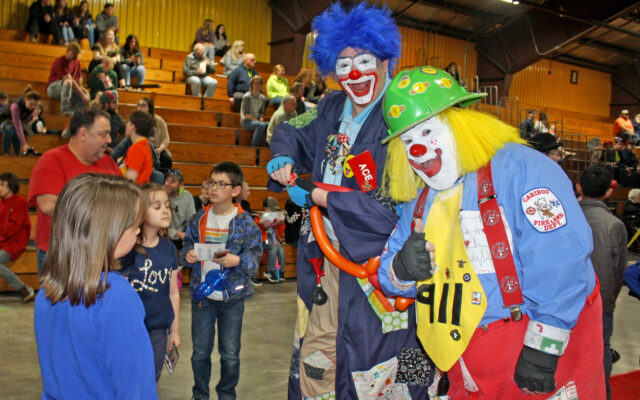 Hundreds of families lined up outside The Forum in Presque Isle Thursday for opening night, anxious to once again see their favorite clowns, animal acts and death-defying stunt performers.

The Anah Shrine Circus came to The Star City after a successful run at the Cross Insurance Center in Bangor. Now in its 58th year, the circus serves as the largest fundraiser for Shrine Clubs in the state, with much of the proceeds benefiting Shriners Children’s hospitals.

Presque Isle Circus Chairman Kenny Stewart said before the circus opened that he expected pre-sold tickets to far surpass those sold in 2019. In 2020 and 2021, the circuses in Bangor and Presque Isle were canceled amidst the COVID-19 pandemic. 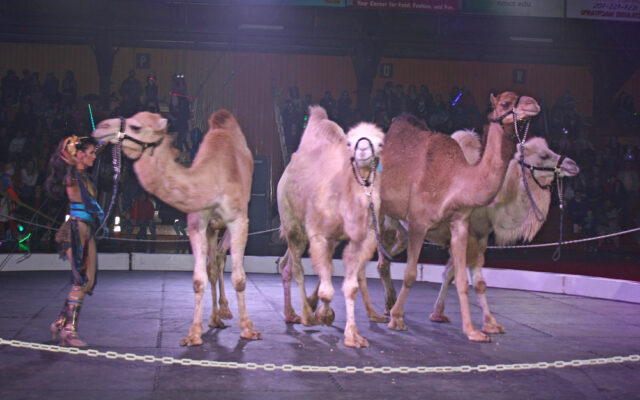 Even an hour prior to the first show, Stewart could see dozens of people lining up to purchase tickets at the door, a sure sign that The Forum would be filled with fans.

“The circus up here is kind of a rite of passage. It’s been a long winter and it’s not quite warm enough to mow the lawn, so people are looking for ways to get out,” Stewart said. “People are excited. They’ve been asking us when we would have [the circus] again.”

And organizers ensured that before the show and during intermissions families would have an array of circus-themed activities to enjoy – from pony and camel rides to face painting and entertainment from the famous Anah Shrine Clowns.

Seven-year-old Trinity Sewell of Houlton was most excited to see the many animals featured in the circus when she attended opening night.

“I like riding horses,” she said, after riding one of the ponies.

Trinity’s grandmother Susan Sewell, also of Houlton, said the Anah Shrine Circus marks the first time she and Trinity have attended any circus.

“It’s great to have an event for children like this,” Susan Sewell said. “What’s most important is us spending time together as a family.” 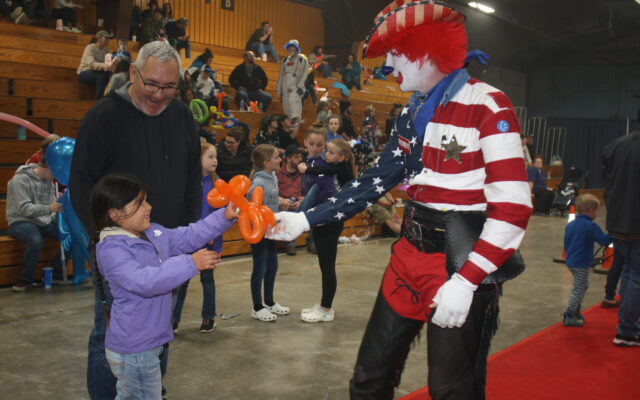 Ringmaster Andre McClain kept the crowd pumped up throughout the show, with ecstatic applause from audience members of all ages.

People came from near and far to welcome the circus back to town. Sterling and Melissa Perley traveled from New Brunswick, Canada, with their granddaughter Lola Sappier, 5, for the May 5 opening.

“She was very excited to see the animals, especially the dogs,” Sterling Perley said. “[The circus] has a great family atmosphere.”

A familiar face to Aroostook County residents has announced her candidacy for the Maine State Senate.
Pets END_OF_DOCUMENT_TOKEN_TO_BE_REPLACED

When 14-year-old Isaiah Belyea of Caribou began volunteering for Halfway Home Pet Rescue three years ago, he never imagined that his love for animals would quickly turn into a budding career.
What's Happening This Week END_OF_DOCUMENT_TOKEN_TO_BE_REPLACED